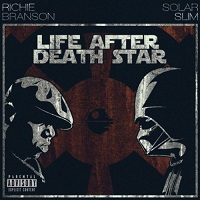 Here are two producers, Richie Branson and Solar Slim, who internalized Biggie rapping “Hit ‘em with the force like Obi” on “Hypnotize” so fully that Life After Death Star presumably serves as the official soundtrack to their worldview. You can almost hear the elevator pitch: Combine one of the most beloved rappers of all time with the most popular movie franchise ever, time it to coincide with a new installment of said franchise, and you’ve got yourself a nerdy artifact of the pop-culture canon, not to mention one helluva T-shirt. If the emboldened creator executes the concept smartly and un-sloppily — well, Luke hit smaller targets with his T-16 back home.