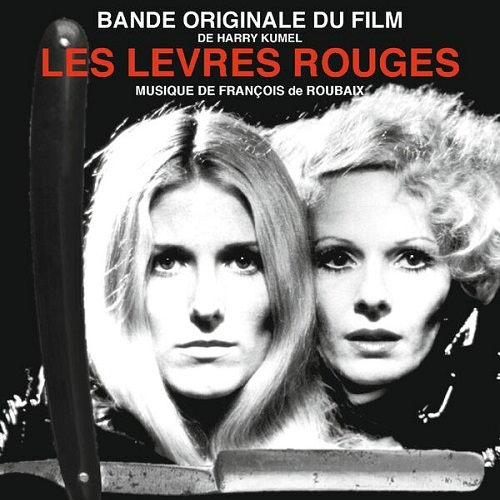 The French film composer Francois De Roubaix recorded compositions for a diversity of movies. One of them is the Belgian cult horror classic Les Lèvres Rouges. The soundtrack to the erotic vampire film consists of different musical elements and it is an seductive score. The title track included on this 7 inch is one of Francois’ finest pieces of music. The colourful compositions supports the love story and the different ways the vampires interact. Years after its recording Hip-Hop producers used samples from the score in their songs, among others Lil Wayne. The movie has been voted by authors, directors, actors and critics as one of the top horror films of all time.

According to the critic Geoffrey O'Brien: “Daughters of Darkness leans flamboyantly toward the artistic end of the Lesbian vampires spectrum, with Delphine Seyrig sporting Marienbad-like costumes and the Belgian director conjuring up images of luxurious decadence replete with feathers, mirrors, and long, winding hotel corridors. At the film’s core, however, is a deeply unpleasant evocation of a war of nerves between Seyrig’s vampire and the bourgeois newlyweds into whose honeymoon she insinuates herself.

Les Lèvres Rouges is available as a limited edition of 2000 individual numbered copies on coloured vinyl.