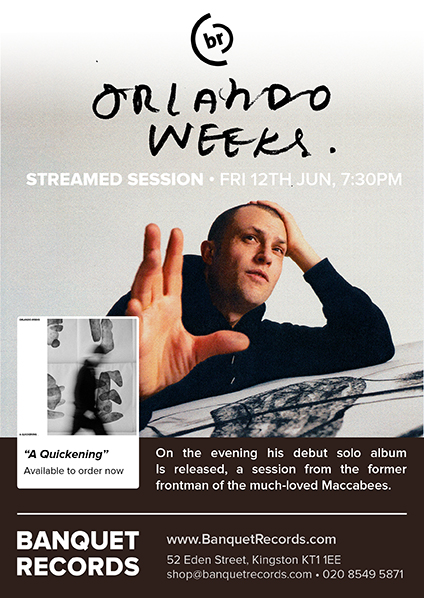 To celebrate the release of his highly anticipated debut solo record titled A Quickening, Orlando Weeks links up for a Streamed Session. This is a limited-numbers event (/300).

Weeks’ voice shimmers as it expresses feelings of love, fear and wonder that are overwhelming but still delicate. Drums trip, woodwind and brass can be heard, piano lines run in and out, vocals layer and guitars are few and far between. This is not the indie rock and roll that some may have predicted. You might think of Talk Talk. You might think of Robert Wyatt. You might think of Radiohead or Bon Iver. You might think of the wonder of Kate Bush. You might think of Lambchop’s late career electronic turn, replacing in that case Kurt Wagner’s Nashville-inflected fragments with Orlando’s chiming and pure delivery, served up by way of South London.

Access codes will be sent twenty minutes before the event. (Please check your junk / spam folders if they aren't appearing in your inbox). 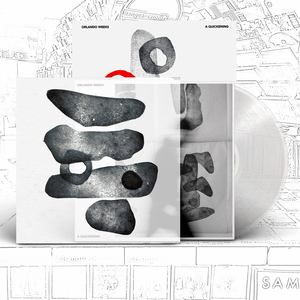 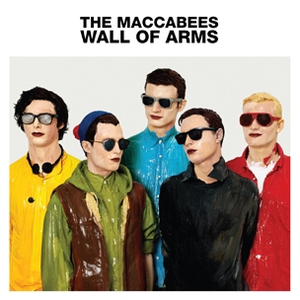