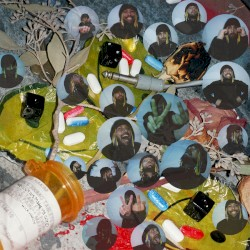 WILL THIS MAKE ME GOOD

In 2017, Hakim’s debut album, the critically acclaimed Green Twins, announced the singer-songwriter as an idiosyncratic talent, making music that resists genre classification. You could work a song of his into an HBO original series, as Insecure did; you could smoke to it and wonder about your ego; you could slow dance with the person you love—it’s not versatility, so much as a lack of boundaries and a strong sense of intuition. In between albums, Musical ideas still came and he worked with his peers, some including Onyx Collective, Anderson .Paak, Jesse and Forever, Lianne La Havas, and Slingbaum, but there came a time for Nick to dive into his own songwriting again, and Will This Make Me Good is the result of this.

Nick Hakim WILL THIS MAKE ME GOOD