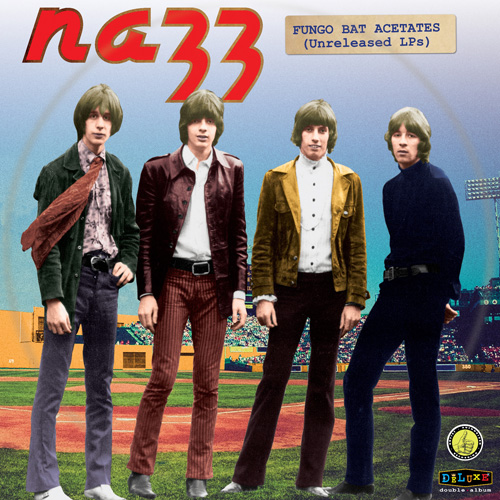 BLACK VINYL. Nazz's second album was to be a double album (as per Todd's wishes) called ""Fungo Bat"". Recording began in November, 1968 and completed in March, 1969. Due to band members indifferences and management decisions, it was never released as such and Todd left the band to pursue a solo career. Todd's personal copies of the masters of ""Fungo Bat"" were among the possessions lost in the tragic fire at his place many years back.

The source of the recordings are from an individual, who was a friend of a friend in Austin, Texas, who once owned one of the only known copies of the acetates for ""Fungo Bat"". There were three 12"" acetates, with typed labels. The track listing on the acetates are in the original order, 24 tracks and if this was indeed to be the album order, what is listed here is the logical place for album side breaks.

DISC TWO, SIDE ONE
1.Loosen Up,
2. Sing A Song- Good Lovin' Woman- Sing A Song reprise