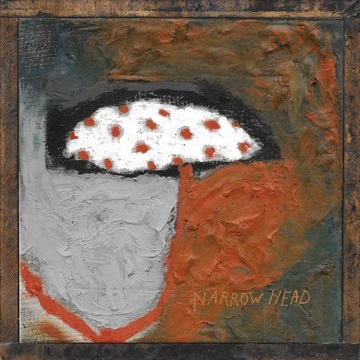 The new, highly anticipated record from Narrow Head, big grungy rock-songs that take influence from the ragers of the 90's alternative sounds.

Rising from the Texas underground scene, Narrow Head was formed in 2013 but reached full maturity as a band in Houston with the release of their debut LP Satisfaction three years later. 2020 will see the release of the band’s second and highly-anticipated LP 12th House Rock. Born of close to a hundred takes with no click track, vocal correction, drum samples or quantizing, Narrow Head’s self-produced sophomore LP is thirteen testaments to pulverizing pop encompassing more than 50 minutes.

Delving into deep-seeded themes of self loathing, desolation, self-medication, the loss of loved ones and hopeful redemption, 12th House Rock is, as the title suggests, a rock-focused LP themed on transition. And while unintended parallels between the band’s current buzzy status and the immense potential of the LP cannot be ignored, the focus of the lyrical content explores the vast abyss of darkness just before the sun cracks upon the horizon. “A lot of the record was made in the late hours and early morning,” recalls Duarte. ”Those quiet moments alone when utter silence and my self-medication made it impossible to escape from my own thoughts. These songs were a way out, temporarily anyway.”

Narrow Head’s latest entry is the distillation of the greatest moments in 90’s alternative and hard rock with a fresh set of ears, delivering bludgeoning lullabies of open-hearted and emotionally naked songwriting– where they shine the brightest. 12th House Rock is the album that their fans have been waiting for, and that legions of future fans will soon realize just how much they needed.