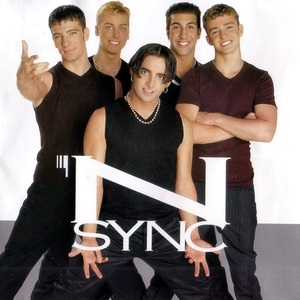 Singles “I Want You Back”, “Tearin’ Up My Heart”, “Here We Go” and “For the Girl Who Has Everything” became huge chart-busters and the album eventually sold over 15 million copies worldwide.

Although ‘N SYNC announced the start of a “temporary hiatus” in early 2002, the band has not recorded new material since then. Justin Timberlake went on to become a very successful solo artist with several multi-platinum albums. In 2007, Lance Bass confirmed that the group had “definitely broken up.” They have sold over 70 million albums, becoming the eighth-best-selling boy band in history.

To celebrate the 20th anniversary, ‘N Sync is now available on vinyl for the first time. The limited edition package includes a 4 page booklet with liner notes, lyrics and pics as well as an exclusive poster. To top it off, the first 2.000 individually numbered copies are pressed on blue vinyl.