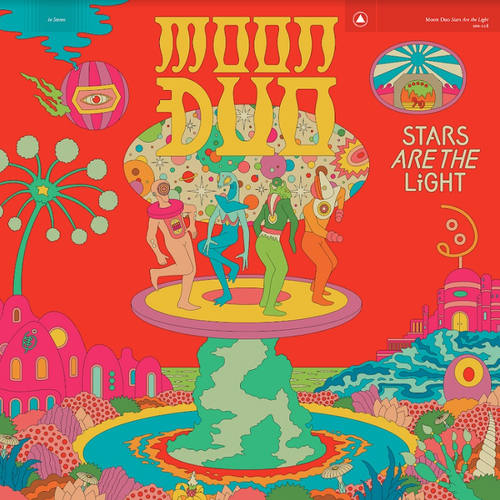 Stars Are The Light

"Dinked edition" is on 'yellow' coloured vinyl with an exclusive Dinked OBI Strip + a hand-numbered print. /500. For avoidance of doubt, the centre is a standard spindle size, and not dinked.

Stars Are the Light, the luminous seventh album by the American psych explorers Moon Duo, marks a progression into significantly new territory. From a preoccupation with the transcendental and occult that informed Ripley Johnson and Sanae Yamada’s guitar-driven psych rock, and reached its apotheosis in the acclaimed Occult Architecture diptych, Stars Are the Light sees the band synthesize the abstract and metaphysical with the embodied and terrestrial.

Branching out from Occult Architecture Vol. 2, the album has a sonic physicality that is at once propulsive and undulating; it puts dance at the heart of an expansive nexus that connects the body to the stars. These are songs about embodiedhuman experience - love, change, misunderstanding, internal struggle, joy, misery, alienation, discord, harmony, celebration - rendered as a kind of dance of the self, both in relation to other selves and to the eternal dance of the cosmos.

Taking disco as its groove-oriented departure point, Stars Are the Light shimmers with elements of ’70s funk and ’90s rave. Johnson’s signature guitar sound is at its most languid and refined, while Yamada’s synths and oneiric vocals are fore grounded to create a spacious percussiveness that invites the body to move with its mesmeric rhythms. With Sonic Boom (Spacemen 3, Spectrum) at the mixing desk in Portugal’s Serra de Sintra, (known to the Romans as “The Mountains of the Moon”) the area’s lush landscape and powerful lunar energies exerted a strong influence on the vibe and sonic texture of the album.

On embracing disco as an inspiration, Yamada says, “It’s something we hadn’t referenced in our music before, but its core concepts really align with what we were circling around as we made the album. Disco is dance music, first and fore- most, and we were digging our way into the idea of this endless dance of bodies in nature. We were also very inspired by the space and community of a disco - a space of free self-expression through dance, fashion, and mode of being; where everyone was welcome, diversity was celebrated, and identity could be fluid; where the life force that animates each of us differently could flower.” 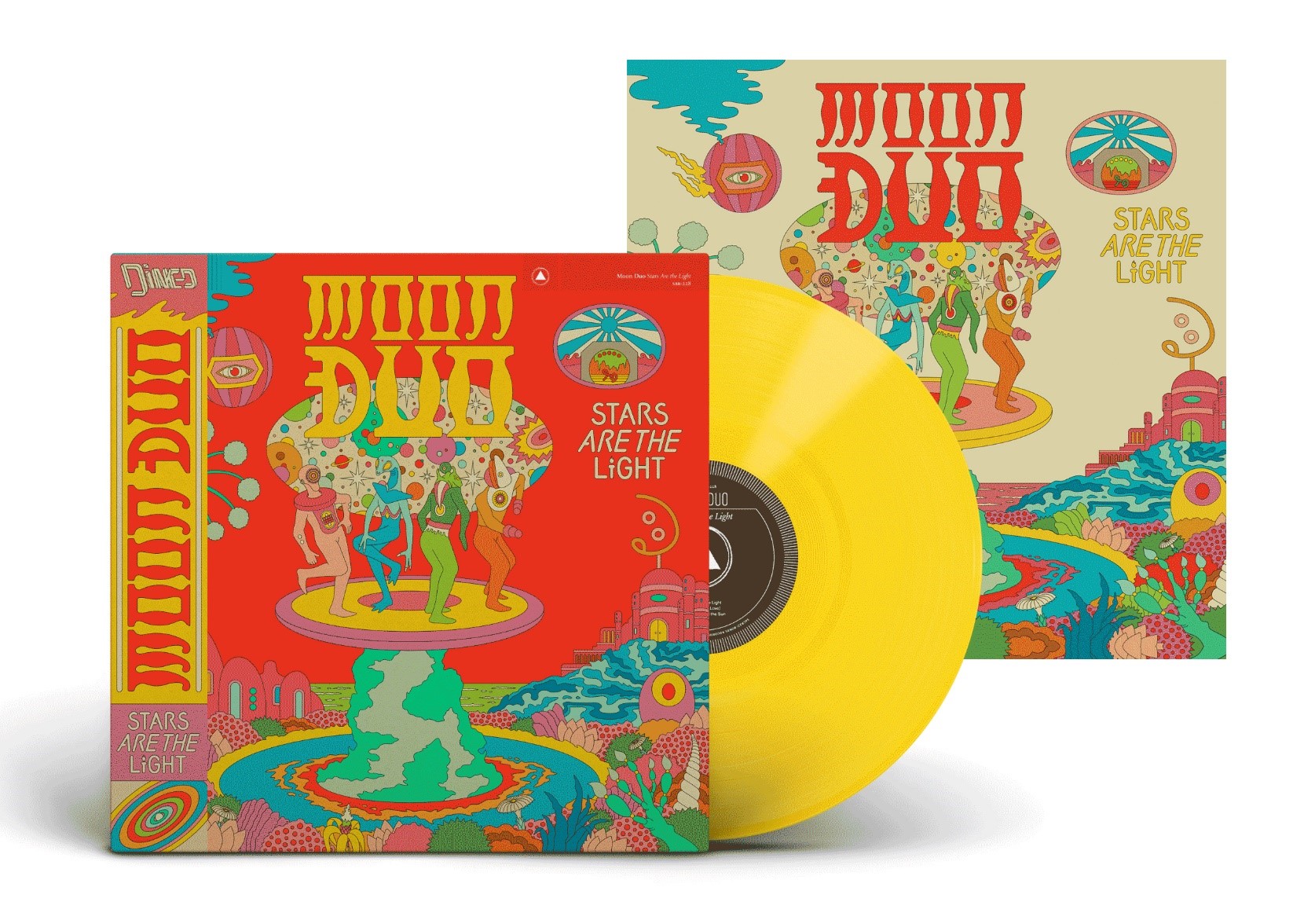