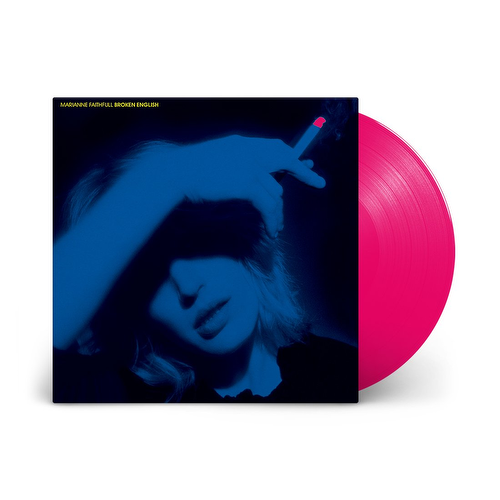 Broken English is the seventh studio album by English singer Marianne Faithfull. It was released on 2 November 1979 by Island Records. The album marked a major comeback for Faithfull after years of drug abuse, homelessness, and suffering from anorexia. It is often regarded as her "definitive recording" and Faithfull herself described it as her "masterpiece". featuring the singles "Broken English", "The Ballad of Lucy Jordan" & a cover of John Lennon's "Working Class Hero". Faithfull was nominated for the Grammy Award for Best Female Rock Vocal Performance for this album. The album was included on NME magazine's list of "500 Greatest Albums of All Time" and in the book 1001 Albums You Must Hear Before You Die. The version for NAD is pressed on 180g Heavyweight pink vinyl.

More Items From Marianne FaithfullSee all