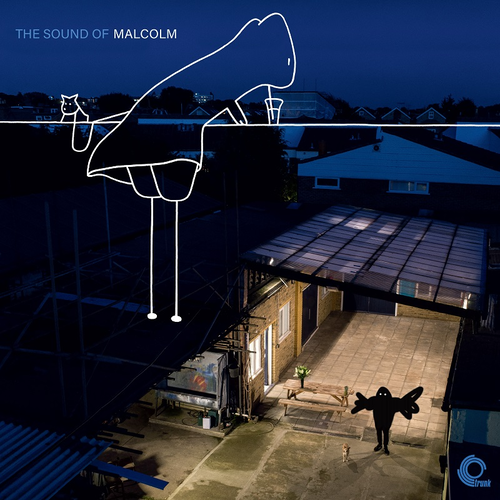 The Sound Of Malcolm

An album of off the wall sonic wizardry & futuristic electronic experiments from talented local (to the shop) producer Malcolm Goldie on Trunk Records - highly recommended.

"What the fuck is going on here? Sounds totally insane. Like made by a cage of techno chimps or minions or something. Not sure it should even be allowed. Nearest thing I can compare it to is absolutely nothing. You’ll just have to listen."

Hello. Meet Malcolm. He makes all sorts of things, including music. He makes lots of music in fact, for stuff like those Adidas trainers you are wearing, or those Nike Football boots worn by International soccer superstars. When these companies need something TOTALLY OFF THE FUCKING WALL for their kooky advertising films Malcolm normally gets the call. He is a master of the cut and sonic stick, the accurate and intensely random, he makes the bizarre effortlessly more so. Jonny Trunk has known Malcolm a long time. So he thought it would be a groovy idea to ask Malcolm to make his debut LP for Trunk Records. And this totally unusual set of cues proves that this was not just a good idea, but that Malcolm does actually have a DeLorean and has travelled to the future, made an LP, brought it back and given it to us now. This is the future. Right now. A new sonic language even. And ITS FUCKING GENIUS. And thank fuck for that.

Malcolm Goldie The Sound Of Malcolm