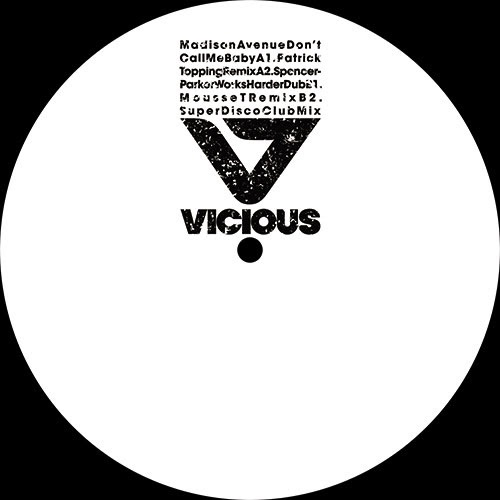 Australia’s Madison Avenue continue to celebrate their 20th anniversary of ‘Don’t Call Me Baby’ a certified UK, European and US Billboard hit that returned late 2019 to cement no.1 positions across Aria Charts, Beatport and Traxsource. Now Patrick Topping, Spencer Parker, Mousse T and Super Disco Club take it to a higher level that’ll see it dominating clubs for many years to come!

A tale of two halves the A side see’s man of the moment Patrick Topping and veteran of the scene Spencer Parker provide two tech-y interpretations, the former an acid tweaked destructive whirlwind and the later a looped-up dub stomper. On the flip it’s nu disco at its best with a pair of remixes from Mousse T and Super Disco Club.