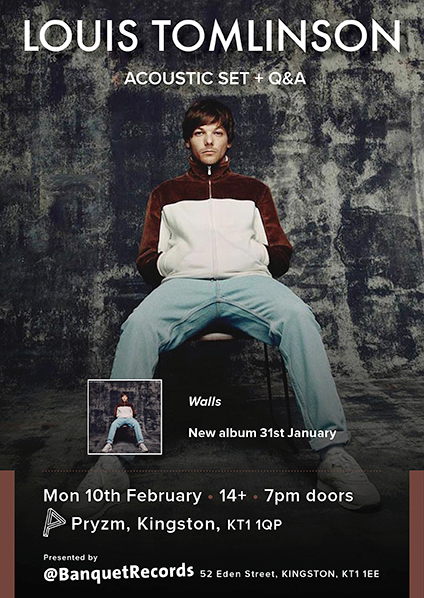 Just after the release of his new album, Louis Tomlinson visits Kingston for an acoustic set + Q&A.

The hugely anticipated debut solo album from the former One Direction man is titled 'Walls', marking his first full length record as a solo artist. He's pushed his sound towards a modern singer-songwriter with 90's Britpop influences. With the record out the week before, this will be the perfect time to catch him playing some songs in a stripped back style and get a deeper insight into 'Walls' with the Q&A.

CD/ticket is £18 post-paid, and other formats and combos will be available. Albums and tickets will be posted together, the album is released 31st January.

Times TBC but we expect doors at 7:00pm with Louis Tomlinson on stage at 8:00pm. 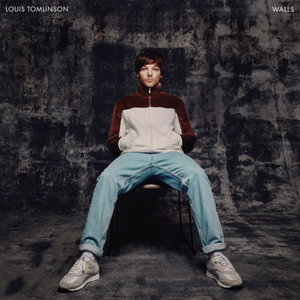