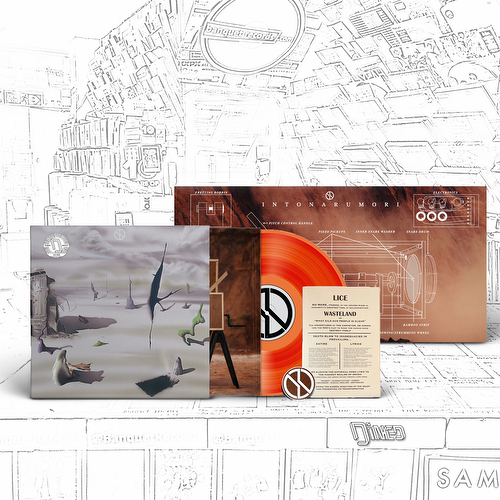 WASTELAND: What Ails Our People Is

"Dinked edition" is on 'orange' coloured vinyl, includes an exclusive ‘Intonarumori’ print, logo patch and pamphlet. Numbered /400. For avoidance of doubt, the centre is a standard spindle size, and not dinked.

A ‘satire about satire’, WASTELAND is a wild Burroughsian adventure melding science-fiction, absurdism and magical realism, calling fora revolution against the reductive ‘good versus evil’ narratives of popular satirical music. Arguing that through experimenting with the form of the song lyric (our most widely disseminated form of creative writing) we can build more nuanced popular discourse around the implicit forms of bias that ail us, WASTELAND presents complex characters changing their minds–along with their bodies and places in spacetime. Set in an unearthly liminal space populated by shape-shifters, time-travellers, talking genitalia and ectoplasmic spectres, the prose text evolves as the characters do: warping into cut-ups, soliloquies and even plays.Created over two years, the album draws from LICE’s rise in ‘the punk world’ (sharing stages with IDLES, The Fall, Squid, Fat White Family, Girl Band etc.) and eventual disillusionment with the limits of its prevailing ideas.

WASTELAND is a concept album structured as an experimental short story, taking cues from Brian Catling, William Burroughs and Kurt Vonnegut Jr. Its core argument is that, through reworking the prevailing forms of satirical song lyrics, we can build more nuanced popular discourse around the implicit forms of bias that ail us–the song lyric being the most widely disseminated and commonly ‘engaged with’ form of creative writing there is. In this allegory for crises in society and art (from commodification to ideological state apparatuses), the moral, physical and temporal transformations of its characters are paired with the text’s transformation: breaking from prose into cut-ups, soliloquies and even plays. In the wild, liminal space of the Wasteland, this story follows The Conveyor as here lates the schemes of the shadowy RDC and flamboyant Dr Coehn to engineer the human race’s self- annihilation:introducing us to a cast of time-travellers, shape-shifters, talking genitalia and ectoplasmic spectres.As well as WASTELAND’s manifesto, this text features notes directing the curious reader to sources, figures or narratives behind the story’s various arguments.

Musically, the album features a ‘noise intoner’ hand-built by LICE, based on the ‘Intonarumori’ of Luigi Russolo and his early 20th century circle of revolutionaries The Italian Futurists (whose vicious writings and manifestos about the art-world formed source material for the album). WASTELAND sees LICE draw influence from Bristol’s vital experimental scene, with the album principally written at community hub The Old England. Having performed with projects such as SCALPING, Giant Swan andEP/64 (HARRGA), LICE’s first album sees them reconcile minimalism, prog and industrial in the band’s post-punk framework. 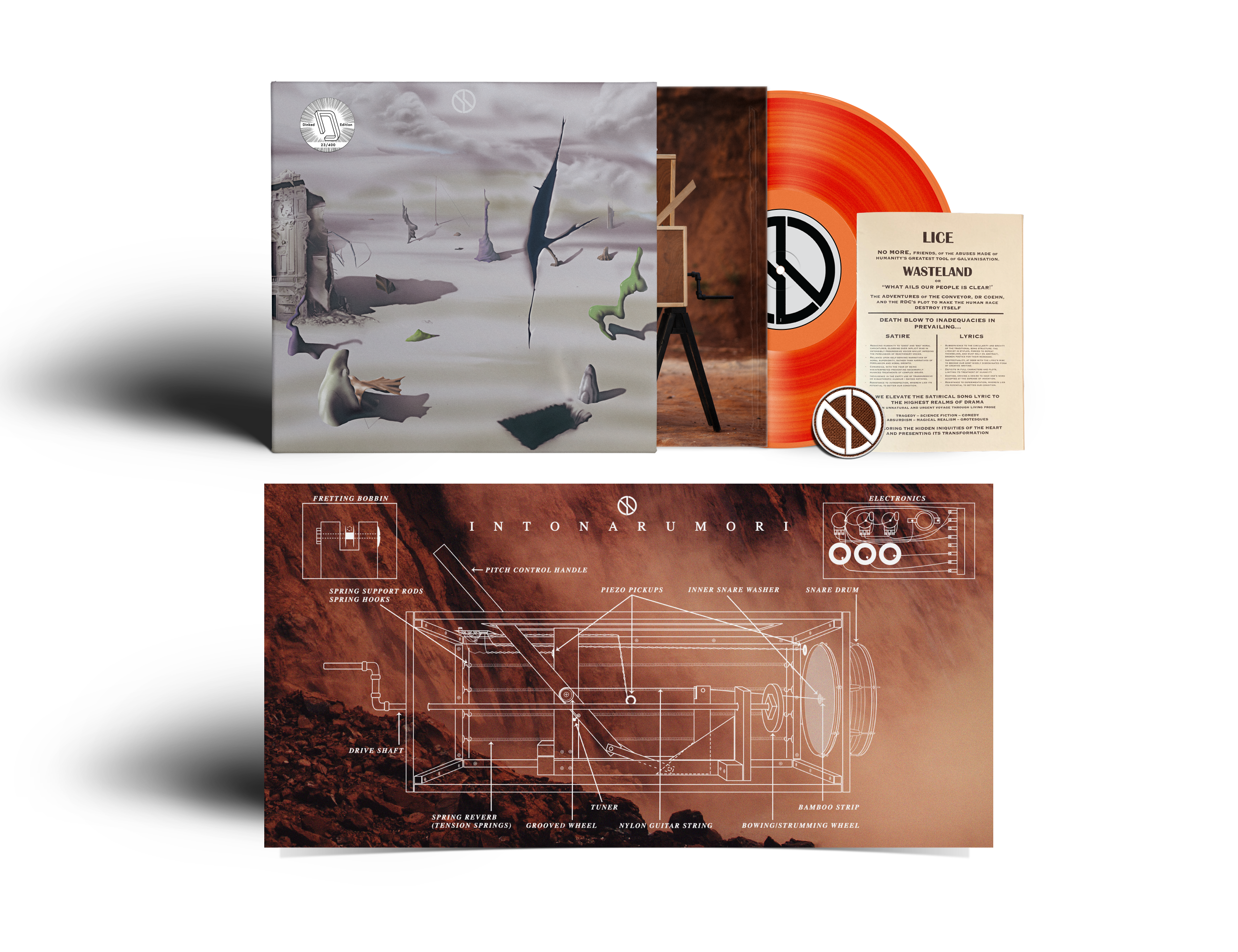 Rats On Rafts Excerpts From Chapter 3: The Mind Runs A Net Of Rabbit Paths Fire Records

The Black Angels Live At LEVITATION The Reverberation Appreciation Society
LICE WASTELAND: What Ails Our People Is