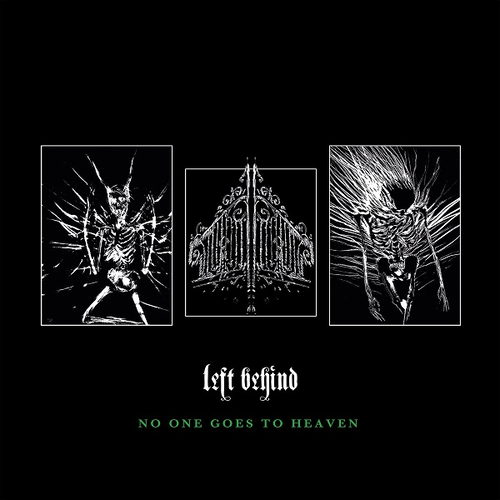 No One Goes To Heaven

The third full length album from the hardcore/metalcore crossovers Left Behind.

"All the songs have different meanings, some were inspired by how I'm still recovering from things that happened a couple years ago with some of the stuff I wrote about on the last album. 'Peeling Wax' in particular was about a conversation I had with Matt (From Kublai Khan) during the first tour we did together. To sum it up, he told me he connected with what I say, that he felt like he was alone in a lot of things he experiences and our music was like a light in the darkness he felt. We became a lot closer friends over the last couple years and I decided to write the song about that same loneliness we feel. It was only right to feature him on the track," vocalist Zach Hatfield shares.

Pale Waves Who Am I? Dirty Hit