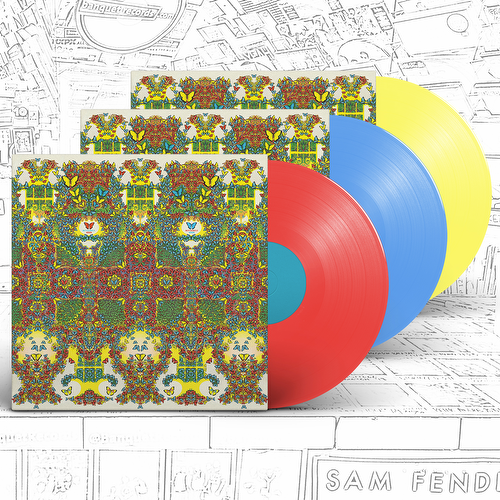 King Gizzard And The Lizard Wizard

LP is on 180g 'lucky dip' coloured vinyl (either red, blue or yellow). Packaged in a brown paper bag instead of shrink-wrap.

King Gizzard &amp; The Lizard Wizard have always greeted creative boundaries with the same respect bulldozers visit upon anything foolish enough to stray into their path. Over 11 years and across their 17 studio albums to date, the sui generis sextet have turned their many hands to luminous acid- rock daydreams (I’m In Your Mind Fuzz), gritty western horse operas (Eyes Like The Sky), never-ending science-fiction song cycles (Nonagon Infinity), dystopian death-metal epics (Infest The Rat’s Nest) and winningly mellifluous jazz-folk (Sketches Of Brunswick East). They’ve even invented their own musical instrument – a hybrid electric guitar sharing much of its DNA with the traditional Turkish ba?lama – to explore the notes between the notes (a mission that’s yielded three albums thus far: Flying Microtonal Banana, K.G. and L.W.).

But their 18th album, Butterfly 3000, might be their most fearless leap into the unknown yet: a suite of ten songs that all began life as arpeggiated loops composed on modular synthesisers, before being fashioned into addictive, optimistic and utterly seductive dream-pop by the six-piece. The album sounds simultaneously like nothing they’ve ever done before, and thoroughly, unmistakeably Gizz, down to its climactic neon psych-a-tronic flourish.

“On Butterfly 3000, we’ve set some parameters we’ve never really touched on before,” says Gizz frontman Stu Mackenzie. “I feel most inspired when I’m not in competition with myself, and I’m always attracted to ideas that feel utterly new. Maybe that’s an idiosyncratic way to approach music, but it’s the Gizzard way. I often feel like we’re aliens, compared to how others write and make and look at music.”

More Items From King Gizzard And The Lizard WizardSee all 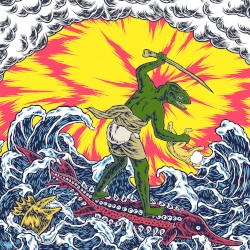