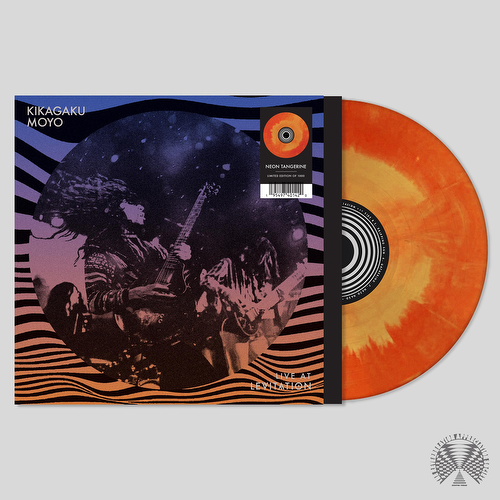 The Reverberation Appreciation Society is proud to launch a brand new live series, Live at LEVITATION. Recorded over the history of the world renowned event, professionally mixed and mastered, this series captures key moments in modern rock and roll history, and live music in Austin, Texas. The artists and sets showcased here are the apex of modern psychedelia, performing for a crowd of their peers and fans who gather at Levitation annually from all over the world.

The first LP in this series features Japanese psych heavyweights Kikagaku Moyo. This particular record is as strong as it is meaningful in the band’s story. It showcases one of the bands very first US show in 2014 on the A-side and their triumphant return in 2019 on the B- side with them firing on all cylinders amid a sold out US tour.

Kikagaku Moyo have come a long way –both literally and metaphorically– since their humble beginnings busking on the streets of Tokyo back in 2012. A tight-knit group of five friends who bonded over the desire to play freely, and explore music associated with space and psychedelica, their initial ambitions were modest semi-regular slots in the cramped clubs of the city’s insular music scene. Yet the band’s progressive, folk-influenced take on psychedelica marked them out from their peers and re-started Japan’s psych rock scene, and soon brought them international acclaim. Fast forward a few years, and you find the band crushing headline sets at festivals, embarking on sprawling international tours, and a dedicated fanbase for their music and record label Guruguru Brain - all while steadfastly maintaining their creative freedom and DIY allure.

Kikagaku Moyo are the real deal: masterful musicians, a powerful creative force, and one of key bands in the psychedelic rock movement and we are thrilled to have them kick off the LIve at Levitation series with this incredible record. 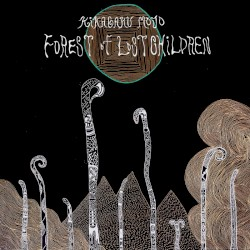 Kikagaku Moyo Forest Of Lost Children BEYOND BEYOND IS BEYOND LP