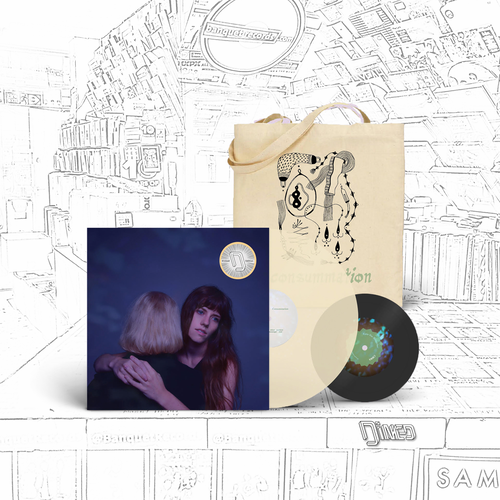 "Dinked edition" is on 'clear' vinyl, includes an exclusive bonus 7" and a tote-bag. /300. For avoidance of doubt, the centre is a standard spindle size, and not dinked.

Katie Von Schleicher doesn’t hold back. Her music, drenched in layers of warmth and fuzz, mines depression, devotion, power, and anxiety without reserve.

But if channeling weighty subject matter is a constant in Von Schleicher’s music, so too is transforming that material into sonic landscapes that defy expectations. On Von Schleicher’s second record, Consummation, she blasts past the lo-fi power ballads of her debut Shitty Hits (2017) with a severe expansion of her sonic palette; its 13 shape-shifting songs depict a deeply personal exploration of trauma. The result is both potent and listenable; strange and familiar; intense and entertaining—and, perhaps most of all, teeming with life.

Von Schleicher pulls the listener in from the outset. The synths and drum machines of the album opener “You Remind Me” evoke a room depressurizing, signaling a crossover into unsettling, dream-like territory. Her self-assured voice floats above the fray, her lyrics pointed: “And now I can’t confine my rage.” The following songs vary in genre and tempo, ranging from a pulsating, electronic rocker (“Brutality”) to upbeat and jagged kraut (“Wheel,” “Caged Sleep”) and a melancholic, cosmic ballad (“Gross”). There’s even a brief, haunting crooner of a track (“Strangest Thing”). What they share is lyrical concision, emotional heft, and conscientious production.

Consummation is, in part, inspired by an alternate interpretation of Hitchcock’s Vertigo. In 2018, Von Schleicher rewatched the seminal film and was struck by its largely unanalyzed subtext of abuse. She knew immediately that this hidden narrative, which spoke to her personal experience, would be the basis of her next album. 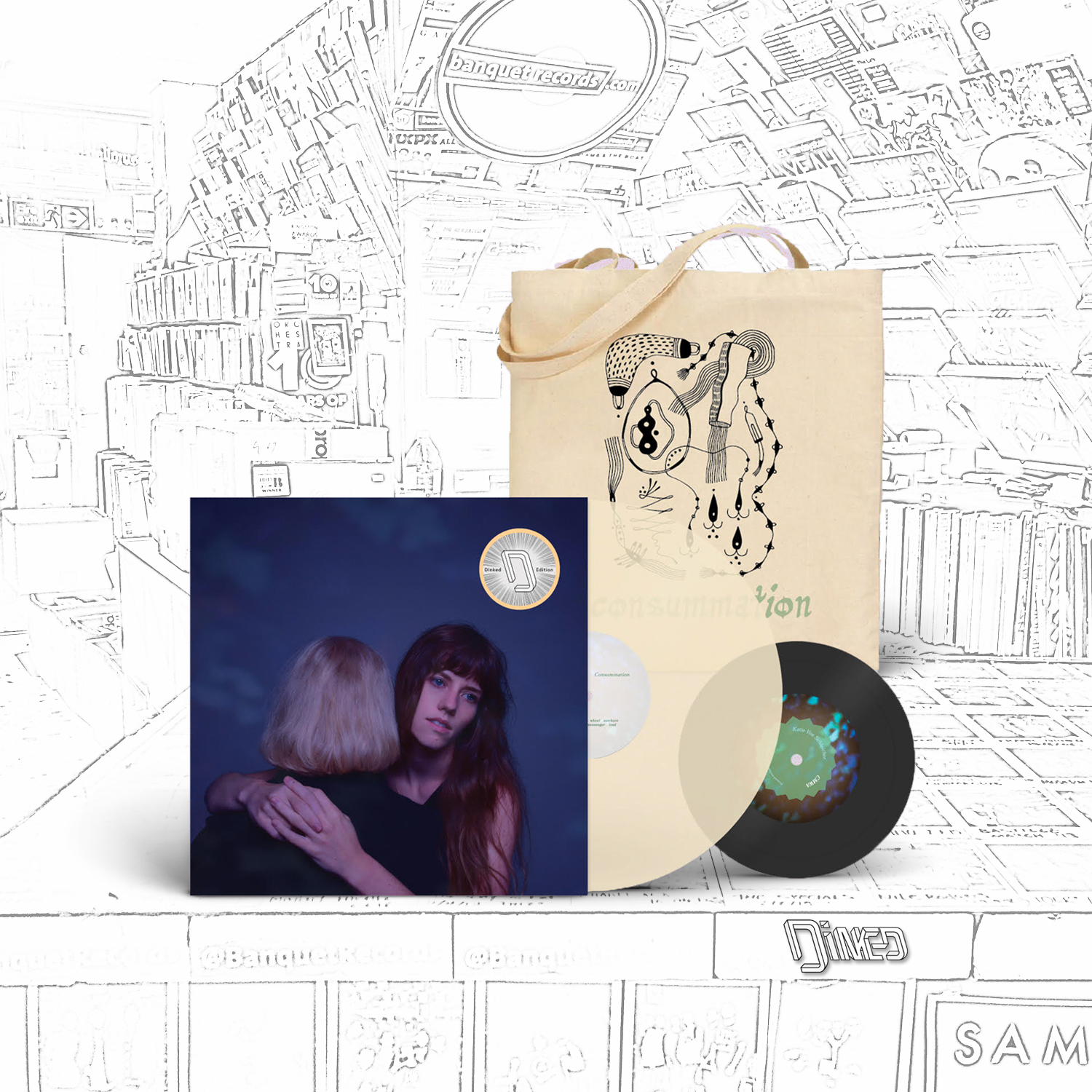