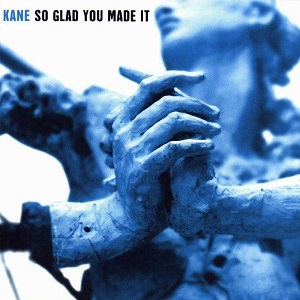 So Glad You Made It

Double LP blue
£23.99
Add to cartBuy now
This item hasn't been updated for over a year. We believe the item to be in stock, but that might not necessarily be the case.

Kane started in The Hague in 1998, when Dinand and Dennis met each other in a beach cafe where they were both working at that time. Both had a passion for music and it did not take long before they were discovered in a small cafe where they performed for a very small audience.

Throughout their career, Kane has had several number 1 hits and they received multiple awards, including TMF awards, MTV Europe music awards and 6 Edison awards.

Their critically acclaimed second album So Glad You Made It is now available on vinyl for the first time. The album originally reached the top 3 in 2001 and spawned the hit singles “Let It Be”, “Rain Down On Me”, “So Glad You Made It” and “Hold On To The World”.

The first pressing of the 2LP-set So Glad You Made It is available on transparent blue vinyl, strictly limited to 500 individually numbered copies. The gatefold has a special spot-varnish effect.

Kane So Glad You Made It