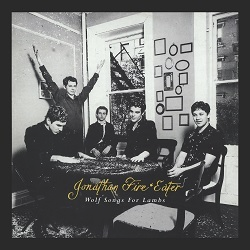 At the height of Fire*eater mania, as the first big-ticket signing to the Dreamworks super-label, featured in spreads across all the hippest and au courant magazines at the time, amidst rumors of band members rejecting lucrative offers to be Calvin Klein models, the fact that they were able to deliver an album as solid as Wolf Songs For Lambs is still something to marvel at. Some of the band’s best work exists in songs like the wrist-breakingly beautiful drum work of “When the Curtain Calls for You” or the slappy, percussive reverb of “No Love Like That” or the twisted carnival organ figures carved in “These Little Monkeys.” The album explores emotive depths in the haunting corners of “Everybody Plays the Mime” or the plaintive simplicity of “A Night In the Nursery” through the charming, doo wop-styled backing vocal “ooh oohs” of “Inpatient Talent Show”…all of which seem to presage the slightly different downtempo direction band members Paul Maroon, Walter Martin and Matt Barrick would employ upon their formation of the Walkmen years later.

As is far too common in the realm of “popular” music, the public was in a full-on Britney and Bizkit frenzy and Jonathan Fire*Eater was unable to connect with the masses before their implosion in 1998. But Wolf Songs For Lambs, along with their previous albums, has long stood as a totem amongst the die-hard supporters of the group, spreading the word like gospel and converting heathens into believers for over twenty years.

This version released by Third Man Records was cut directly from the original 1/4” analog master tapes, is the first vinyl issue of the album since 1997 and is the first-ever vinyl release of the album in North America. 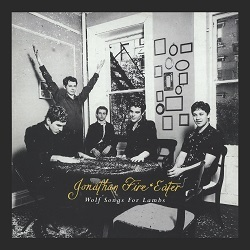