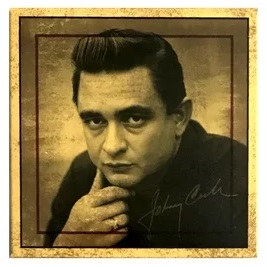 Exclusive for RSD Record Stores only: 3" Single for mini record player (it's as big as a cup of cappuccino). Johnny Cash, born J. R. Cash, (February 26, 1932 – September 12, 2003) was a Grammy Award-winning American country singer-songwriter. Cash is widely considered to be one of the most influential American musicians of the 20th century. Cry! Cry! Cry! was originally released in 1955 as the b-side to Hey, Porter.

More Items From Johnny CashSee all