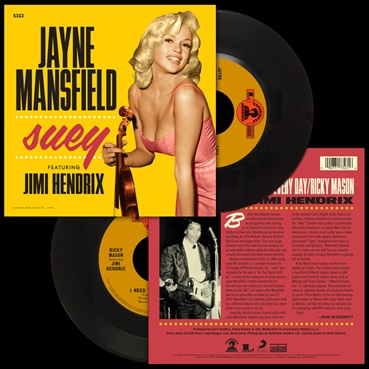 Suey / I Need You Ever Day

Before Jimi Hendrix became an international phenomenon, he struggled to earn a living as an itinerant sideman for many rhythm & blues acts. Hendrix can be heard on recordings by Little Richard, the Isley Brothers, Don Covay and many others. This single presents one of his most unusual sessions as an unheralded sideman while the other was only recently discovered and never before released.

Hendrix recorded both tracks in 1966 during separate sessions as a session musician for Ed Chalpin & PPX Enterprises, Inc. “Suey” was originally the flip side of “As The Clouds Drift By,” a single by the voluptuous B-movie actress Jayne Mansfield. Licensed to several European labels just weeks after Mansfield died in an automobile accident on June 29, 1967, Mansfield US recording rights were held by a different label so this recording has never before been issued in the US. Ricky Mason was a young vocalist championed by Chalpin, and “I Need You Every Day” is a pleasant surprise. This previously unreleased, uptempo shouter also features Hendrix on guitar.

More Items From Jimi HendrixSee all 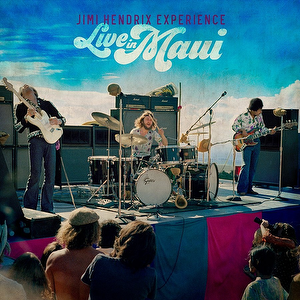 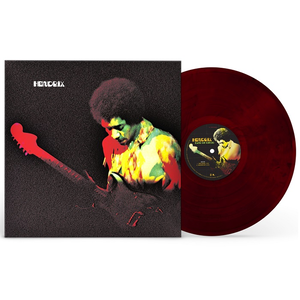 Jimi Hendrix MUSIC IS MY RELIGION MAGIC OF VINYL LP