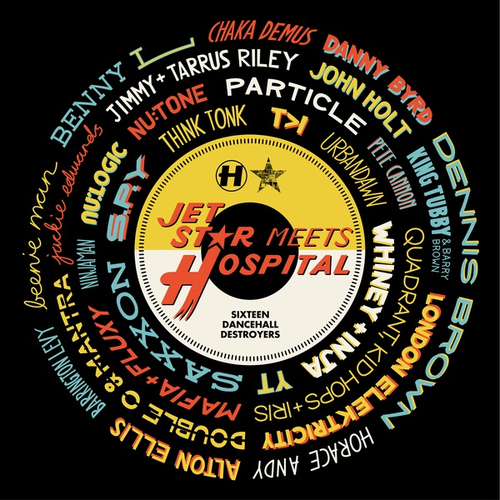 From dancehall classic to dancefloor banger, Hospital mainstay and esteemed soul-selector Nu:Tone applies his production savviness to Barrington Levy’s seminal reggae anthem, ‘Here I Come'. Stimulated from the ground up with a warm, rolling bassline and kitted out with skittering amens to boot.

Fresh from his huge cover of the Beatles classic ‘Come Together’, Urbandawn steps into the fold with an utterly outrageous, monster remix of Chaka Demus’ ‘Forward & Pull Up’. This one speaks for itself, in Urbandawn’s trademark punchy, crunchy style.

The album is also the original home for Benny L’s infamous John Holt ‘Police In Helicopter’ remix, which shot to Beatport’s #1 spot across all genres, making both drum & bass and Beatport history.