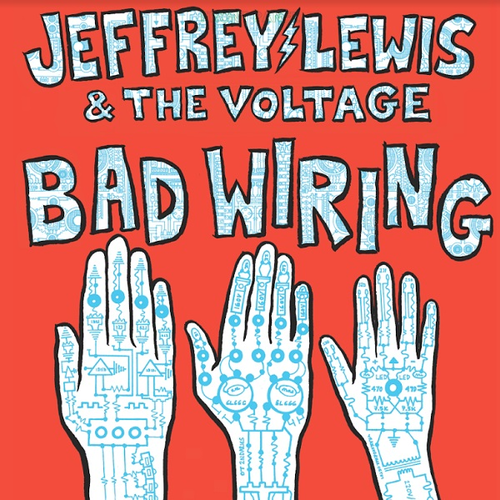 "Dinked edition" is on 'pale blue' coloured vinyl, packaged in a die-cut cover. Includes a bonus 7" (2 additional tracks ONLY available on Dinked Edition) and a download code. Numbered /550. For avoidance of doubt, the centre is a standard spindle size, and not dinked.

Jeffrey has received jaw-dropping praise from practically every major news and music outlet over the years, as well as awed testimonials from the likes of David (Silver Jews) Berman, Jarvis (Pulp) Cocker, Ben (Death Cab For Cutie) Gibbard, Will Oldham and others… and this new album “Bad Wiring” makes it completely clear why. In all of indie rock there is no force like Jeffrey Lewis. Although mostly recognized for his lyrical skills (as well as his illustration/comic book skills), the secret weapon in Lewis’s arsenal has been his slow evolution from DIY folkie in the late 90s to barn-burning indie-rock live sensation. New band name The Voltage is a bit of a slight-of-hand, as the musicians are the same bassist, Mem Pahl, and same drummer, Brent Cole (also of the Moldy Peaches), that Jeffrey has been touring the world with for the past four years as “Jeffrey Lewis &amp; Los Bolts.” But Jeffrey continues his tradition of using a new band name for each release… and as Jeffrey says, “everybody knows most good bands have a ‘v’ in their name… Velvets, Nirvana, Pavement, Vaselines, Violent Femmes, Camper Van Beethoven, Modern Lovers, etc!” Recent Jeffrey Lewis band names like “The Rain”, “Los Bolts” and “The Voltage” are also in reference to the fact that Jeffrey’s middle name is Lightning, the result of being born on the Lower East Side in the 1970s to hippie parents. It was almost his first name but got moved to the middle name when he was born!

The album was recorded and produced in Nashville by Roger Moutenot, the man responsible for producing all of the classic Yo La Tengo albums. Moutenot, who also worked on Lou Reed’s “Magic and Loss” album, and Sleater Kinney’s “Hot Rock” album was definitely the right man to capture these twelve new Lewis songs in the studio. As Lewis explains, “As an experience of working with a producer, it was a dream come true. I obviously worship a number of the records Roger had produced in the past, so I specifically sought him out. The fact that he’s in Nashville was just accidental, we would have traveled to record with him anywhere. Now when people hear we made our album in Nashville, everybody’s like, oh, I guess this is your country album…” 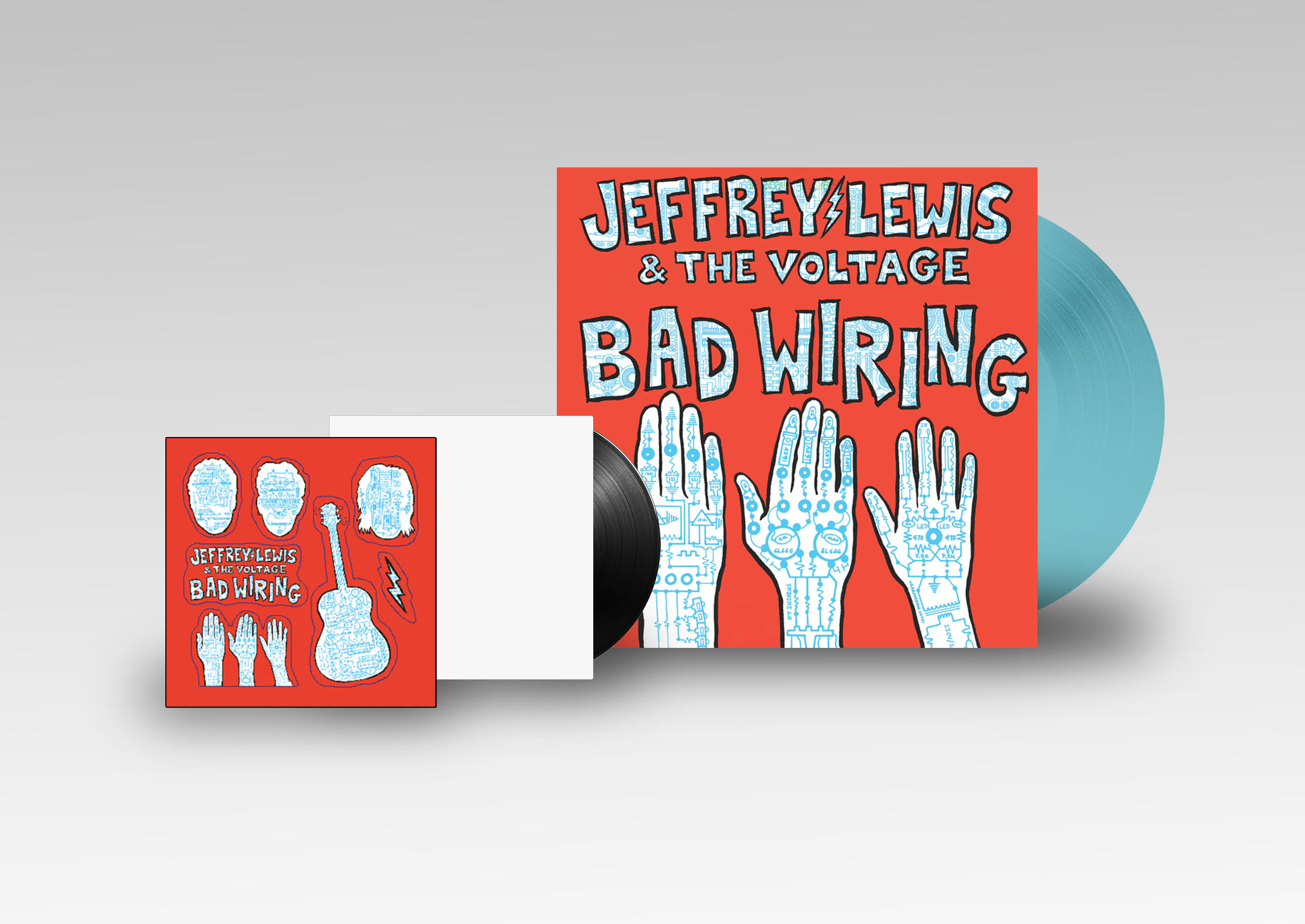 the inimitable Jeffrey Lewis at ours today pic.twitter.com/pOEsSm6xzv