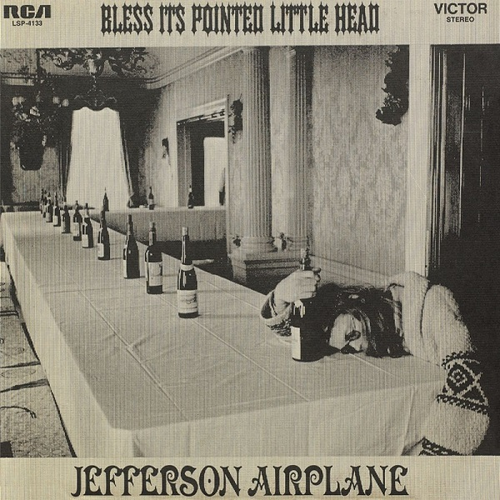 LP
£18.99
Add to cartBuy now
This item hasn't been updated for over a year. We believe the item to be in stock, but that might not necessarily be the case.

Bless Its Pointed Little Head is a live album by Jefferson Airplane recorded at the famous concert halls Fillmore East and West. It’s their first live album and demonstrated their development as performers. The harder rocking versions of classics like “Somebody To Love” and “Plastic Fantastic Lover” are part of this recording. It showcases their ability to improvise and creating some raw and powerful versions. Bless Its Pointed Little Head is a classic live album, providing more than enough of their punchy and rocking melodies. And to be sure it’s one of the best live albums from the late ‘60s, both a must for Jefferson fans as music lovers in general.

Jefferson Airplane rose to fame during the second half of the 1960s with performances at the famous rock festivals Monterey (1967), Woodstock (1969) and Altamont (1969). After their 1967 break-out album Surrealistic Pillow they gained worldwide fame and in 1996 they were inducted into the Rock and Roll Hall of Fame.

More Items From Jefferson AirplaneSee all