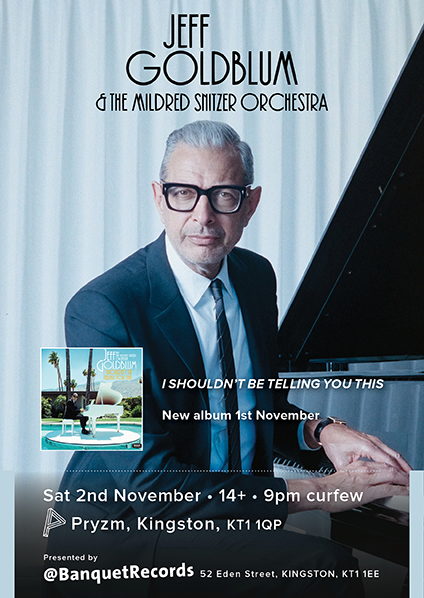 Celebrating the release of his new album, Jeff Goldblum & The Mildred Snitzer Orchestra visits Kingston to play at Pryzm.

The second full length album from the legendary American musician / actor, Jeff Goldblum, is titled I Shouldn't Be Telling You This and follows on from 2018's The Capitol Studios Sessions.

“Jeff Goldblum is the Pied Piper of Jazz. He has lured an incredible array of indie, soul and pop kids away from their existing musical homes and led them towards his magical world of jazz. The album is full of sass, cool, swing and vim. We’re so lucky to have Jeff Goldblum in our musical lives.” - Tom Lewis, Decca Records

Times TBC but we expect Doors at 7:00pm with Jeff Goldblum on stage at 8:00pm. 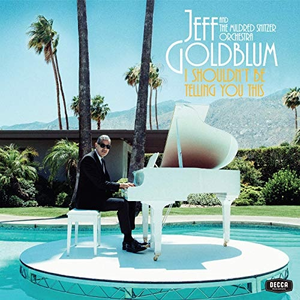