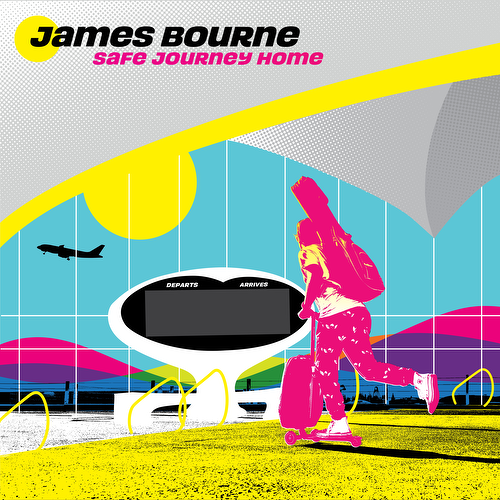 The highly anticipated solo album from the singer-songwriter James Bourne, known well as one of the Busted trio.

Best known for a range of projects, from Busted to Son of Dork to writing various musicals, James Bourne is at heart a singer-songwriter. And yet it’s only now that he’s stepping out as a solo artist in his own right, with his debut album ‘Safe Journey Home’.

“Music has given so much and it’s been a very natural way of life for me,” he begins. “There have been times when Busted weren’t killing it in arenas and in everyone’s face, but I was still making a living from my songs. I enjoy making music and writing songs, and I’ve never played up to being a celebrity. I just always want to make music. Now I’m doing the same thing I do in Busted, I’m just doing it without Busted.”

Not that ‘Safe Journey Home’ is anything like a Busted record. Instead it’s an expression of Bourne’s life’s journey through music, and a celebration of the classic songcraft that has informed everything he has put his name to. It echoes the timeless songwriting of the Laurel Canyon scene through to modern alternative rock. At times you can hear a country twang flavoured by his time spent in Nashville, at others lyrical references to NYC and LA. It’s also bold enough to feature some audacious ideas that are perfectly suited to a solo project.

In short, it’s a globe-trotting, multi-genre experience that feels right at home in 2020 while also reflecting some of the great music of the past half-a-century. It’s a culmination of experiences from a man who’s most at home when he plugs his guitar into an amp. “I’ll go wherever music takes me,” he accepts. “That’s what my life has always been, and that’s what ‘Safe Journey Home’ is about.”