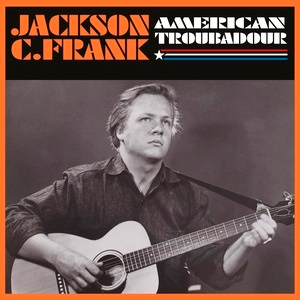 "This album is an overview of the work of Jackson C. Frank, friend and peer of the likes of Paul Simon, Bert Jansch and (his girlfriend for a while), Sandy Denny. It just about spans his entire career, from his first 1965 single to three tracks recorded in 1994. It also includes five tracks never before released, which he performed when presenting the 'My Kind Of Folk' radio show in 1968. His most well-known song 'Blues Run The Game' (included here in the rare single version, along with the non-album b-side) has been covered by Simon and Garfunkel, Counting Crows, Bert Jansch and Eddi Reader, and Nick Drake recorded four of his songs. In recent years, Jackson's work has come to be recognized much more widely, and his music (particularly 'Blues Run The Game') has been included in many TV programs and films, with 'My Name Is Carnival' featuring in 2019's huge hit Joker. Sessions include 'My Kind Of Folk' Nov 13, 1968 'Shotwell Sessions,' recorded June 5, 1972 'Rude Sessions,' recorded May 9, 1974 'Mekeel Sessions,' recorded in May, 1975 'The Anderson Sessions,' recorded in September, 1994 Extensive sleeve notes detailing the tragic life of this folk artist."