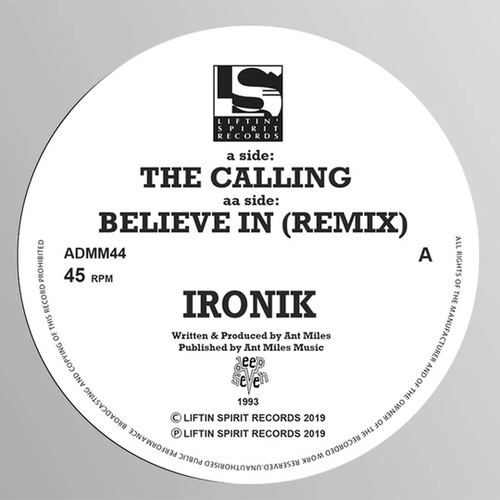 The original sister label to Ram Records from the old Ram HQ studio in Essex, Liftin Spirit Records now celebrates it’s 25th year with a special ‘RELOADED’ limited vinyl series of remastered classics, alongside rare and previously unreleased tracks since the beginning in 1992.

DAT's from artists such as Andy C, Ant Miles, Shimon, Joint Venture, Interrogator and Red One have been located in the archives.

Also from the Ram & Liftin HQ came tracks for the Deep Seven label in 1993 and all these rare DAT masters have been located and now re-cut by Simon, the original Ram & Liftin vinyl masterer at ‘The Exchange’.
Initially, Deep Seven remasters will present on a printed white label and unreleased tracks will have a black label.

Ironik is back for our 3rd Deep Seven Series re-issue (originally Deep 2R). Ant Miles's 1993 alias on Deep Seven brings you another 2 Hardcore destroyers. 'The Calling' & 'Believe In' Remix make up yet another sought after 12" that has been re-mastered from the original DAT and pressed onto our 180g heavyweight vinyl.