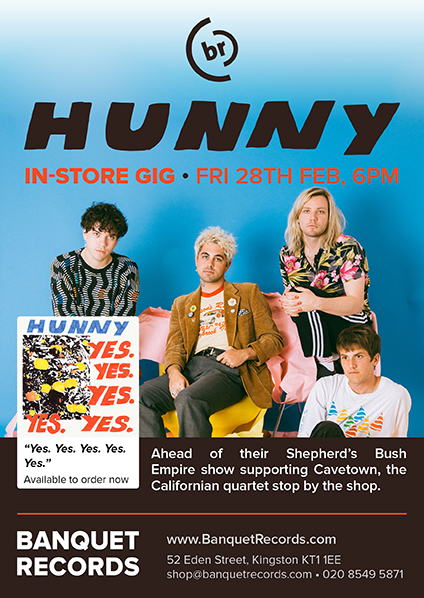 Whilst in the UK for a support tour, Hunny stop by the shop to play an in-store set.

Inspired by their love for ‘80s new wave and ‘90s pop, Yes. Yes. Yes. Yes. Yes. is an endless back-and-forth between heavy-hearted lyrics and bright-and-shiny melodies, lovesick confession, and addictively dancey rhythms. With the album centered on a narrative Yarger sums up as “I love you and I want to die,” HUNNY wrote most of the songs on acoustic guitar, deliberately channeling a raw vulnerability into every line.

Yes. Yes. Yes. Yes. Yes. embodies the wildly frenetic energy of HUNNY’s live show. As Grimmett explains, the band introduced that element with their ever-communal live show in mind. “We really love the emotive aspect of playing a show. For this record, we really took the time to think about what we were going to give them to sing, and made sure that it’s something with real feeling and meaning to it.”

All albums + Tickets are for collection in the shop on the day of the event. 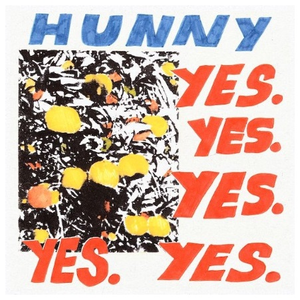 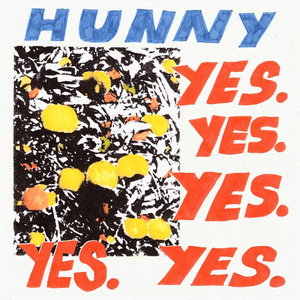