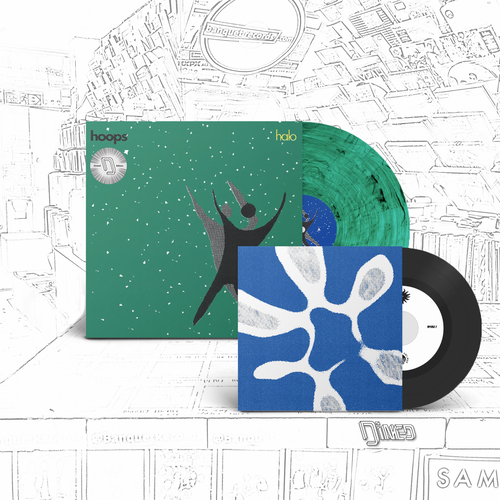 'Dinked Edition' is on 'green & blue marbled' coloured vinyl, packaged in exclusive and alternative art and includes an exclusive 7" of the 'English Breakfast EP'. /400. For avoidance of doubt, the centre is a standard spindle size, and not dinked.

Hoops had to self-destruct in order survive.

These three friends from central Indiana, each one a distinctive singer, songwriter, and multi-instrumentalist, had reached a point where years of hard work and creativity were just starting to pay off. They were hailed as one of the most inventive young bands around, with comparisons to Guided by Voices, My Bloody Valentine, and the Radio Dept., and that’s exactly when they broke up the band.

With Hoops on the shelf, the three friends went back home and got on with their lives.

Freed from the weight of Hoops, they kept writing what they thought sounded like Hoops songs, demos of which they sent back and forth to each other. There was no pressure to make anything of them, though, and that revived some of the excitement they felt when they made their first cassettes.

Just a few months later, they met up in Bloomington, Indiana, to record Halo at Russian Recording, the studio that had been home to L’il Bub (RIP). They invited their friend Ben Lumsdaine to produce. In addition to mixing and producing records for locals Amy O and Steve Marino, he had worked on Krauter’s solo albums and toured with him, and he immediately settled in as the fourth Hoop.

One thing they wanted to avoid was falling right back into their old routines. Instead, they took on new roles that allowed them more room to breathe, more space to create. They even wrote a few songs together—a first the band’s history. Hoops take obvious joy in playing these songs and playing around with them, often nodding to their favorite bands but always putting those familiar sounds in new contexts.

An album defined by musical exuberance, full of gratitude and generosity to counteract and compliment the deep undercurrents of melancholy coursing through every hook and riff, Halo sounds like a lively conversation among close friends, each song a high five, as they look for some stability in their lives and figure out what they owe themselves, each other, and everyone around them. 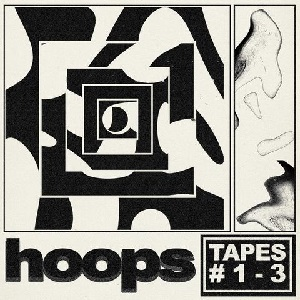