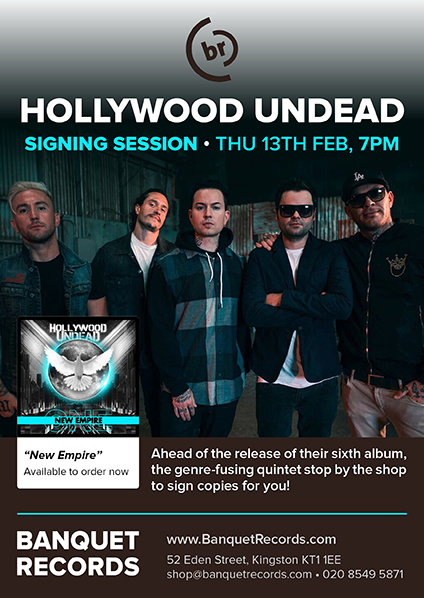 On the night before their sixth full length record titled New Empire, Vol. 1 is released, the genre chemists Hollywood Undead visit the shop for a signing session.

“This album is our attempt at reimagining Hollywood Undead, not just a new sound for this release, but a new sound for the band altogether. Our goal from the outset was to make music that stands alone from our other albums, yet seamlessly fits with what we’ve made before. Building upon the old to create a new sound and a New Empire,” explains Johnny 3 Tears (vocals, bass guitar).

7:00pm start with all ages welcome.

Admission to the signing is via order number, please bring yours with you.
As the album is not released until Friday 14th Feb, you'll only be able to collect the art / sleeve / case at the signing. The actual music (CD / LP) will be dispatched to be with you for release day. 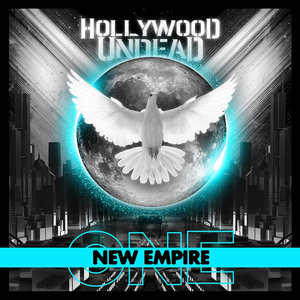 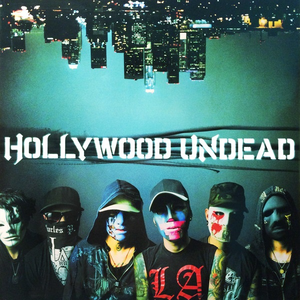 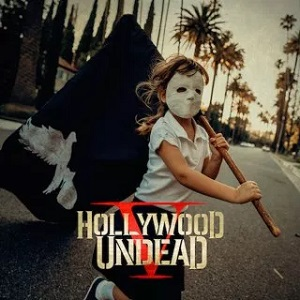