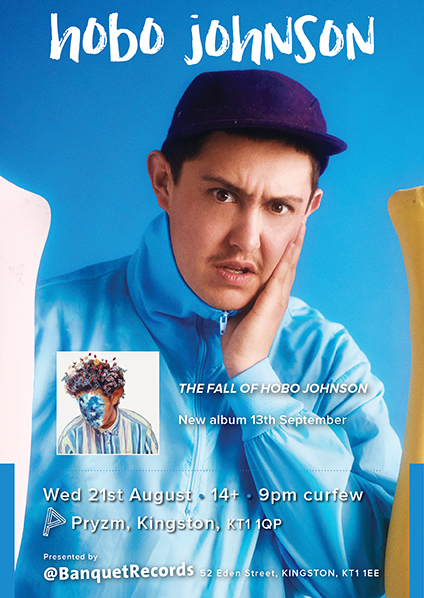 To celebrate the release of his new album, Hobo Johnson visits Kingston to play at Pryzm.

Hobo Johnson plays a unique and entrancing mix of spoken-word, hip-hop and emo-rock. The new album titled The Fall of Hobo Johnson follows on from his self-released 2017 album The Rise Of Hobo Johnson and his critically acclaimed Tiny Desk set. Fans of The Front Bottoms, twentyonepilots, Billie Eilish and Superorganism should check this out.

Hailing from Sacramento, CA, artist Frank Lopes, who cultivated the moniker Hobo Johnson after being kicked out of his parents' house and left to live in his '94 Corolla, is propelling his way to the top. The half Azorean Portuguese, quarter Mexican and Native American vocalist built a grassroots following via viral homegrown style videos showcasing his singularity; an amalgamation of spoken word poetry, punk, folk and rap backed by his band The Lovemakers. Bursting with unadulterated sincerity, his genre-defying sound feels akin to musical anomalies of the past and future.

Times TBC, but we expect doors at 7pm, Hobo Johnson on stage at 8pm and a strict curfew of 9pm.

CD/ticket is £14 post-paid, and other formats and combos will be available.

Albums and tickets will be posted separately - the album is released 13th September.

the Johnson that CAN unite Kingston 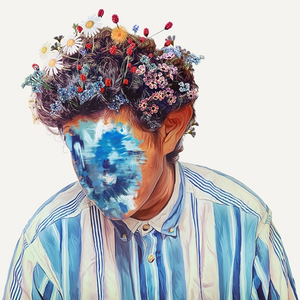