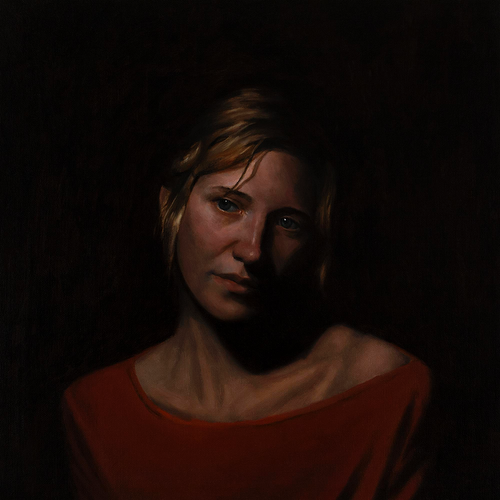 A unique transformation occurs the moment a lover lays eyes on your bedroom for the first time: the room is suddenly, involuntarily no longer your own. Your curated “you” is subject to the impressions of the other, and you try hard to adopt this filter yourself, wondering what information the objects and their position suggest about you. If, in moments like these, the new gaze seems to almost conjure the room, a desperate question arises: what remains of the room without the other? With no external sources of appraisal or affirmation, where does the stuff of the self reside, and how does it take shape?

These blood-deep paranoias set the stage for Helena Deland’s debut album, Someone New, an exploration of gender, power, time and the “self” that finds Deland in full control of her sound and style, even as she asks whether control is ever possible. The album was written and recorded over a period of two years, beginning with Deland’s guitar and expanding into a lavish sonic sphere that blends elements of hypnagogic pop and classic folk. Deland’s voice ties it all together, sometimes hushed in a whisper, sometimes shrouded in distortion, and sometimes full and clear – but always inviting the listener into her world.

The writing process was slow and deliberate. Following the release of her 2018 collection of songs, Altogether Unaccompanied, Deland found herself lacking a sense of who she was and longing to feel defined. She reflects on how gender dynamics affect her both personally and professionally. “In and outside of my music career”, she explains, “relying on the gaze of someone else for validation and a sense of my own worth alienated me from myself and made it very difficult for me to make anything.” She was caught in fears of getting older, of having missed out on life while waiting for it to start. Deland returned to the intimate bedroom-scape as a fortress from which to work towards self-recovery and to reclaim the process of album-making. “I had to take some time to reflect on that and to let myself write some tunes that were soft pockets of myself outside of myself. The songs allowed me to feel freed at least partially from insecurities the patriarchal gaze brings forth by identifying them and situating myself in relation to it.”

When she was ready to emerge from the solitary part of the work, she brought the songs to long-time friend Valentin Ignat to flesh out the arrangements. They recorded at a Montréal studio with her band before Deland took the album to New York for additional production and mixing with friend and collaborator Gabe Wax. “Once it came time to record,” Deland says, “I wanted every song to convey its least self-conscious form, but I was already feeling some distance between where I was then and the place from which I’d written the songs. The intention was to make something alive and open, true to both spaces (the one from which I’d written and the one in which we recorded), with its feet in reality but its head in some more playful, evocative space.”