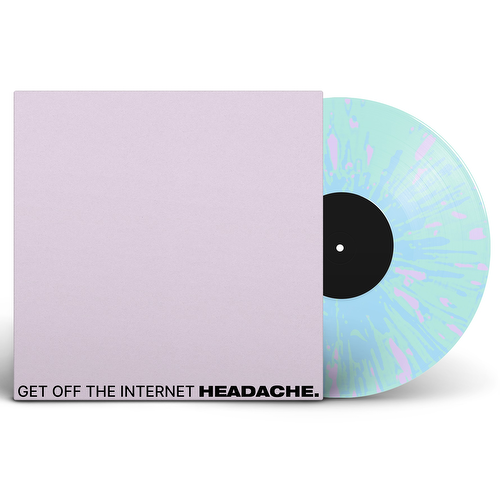 get off the internet / food for thwart

The debut solo EP from Mike Duce under the moniker of HEADACHE. You'll recognise Mike's voice and wit from his ace work with former band and frequent Kingston visitors Lower Than Atlantis.

The former frontman of Lower Than Atlantis – a band proclaimed as the future of British alternative-rock – the artist, producer, and multi-instrumentalist wondered if he “might have already seen the best days of his life.” Fighting his doubts, Mike approached his new EP, Get Off The Internet, as an opportunity to create change in himself and his outlook. As a result, each song on the release leans into a more positive and imaginative aura, signaling a return of confident artistry. By taking a broader, more organic approach to songwriting, he found inspiration in his current music diet, using everything from boom bap to jazz to help curate his neo-soul sound which Mike describes as &quot;a regurgitation of an amalgamation of music I’ve been into all my life.