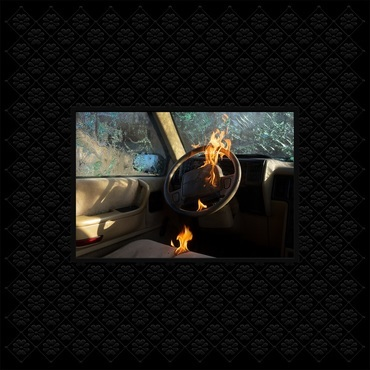 For the last 30 years, Greg Dulli, frontman of The Afghan Whigs and The Twilight Singers, has been the poet laureate of the bizarre whims and cruel tangents of desire. A foremost authority on the sell-your-soul rewards of carnal lust, the high voltage epiphanies of chemical enhancement, and the serotonin lows left in their wake.Therein lies Random Desire, the first solo album under Dulli’s own name, via Royal Cream / BMG.

The album opener. Pantomima, sets the tone from the sardonic taunts of the album’s first bars: desolation, come and get it. Random Desire started in the aftermath of the last Whigs record, 2017’s In Spades, which Pitchfork named one of the best rock records of the year, hailing it as a “heavy, menacing work of indie rock majesty…thrilling and unsettling.” Drummer Patrick Keeler was about to take a short sabbatical to record and tour with his other band, The Raconteurs. Dulli’s longtime collaborator, bassist John Curley went back to school, and there was the tragic death of the band’s guitarist, Dave Rosser. In response, Dulli returned to his teenage bedroom roots, finding musical inspiration via the model of one-man-band visionaries Prince and Todd Rundgren.