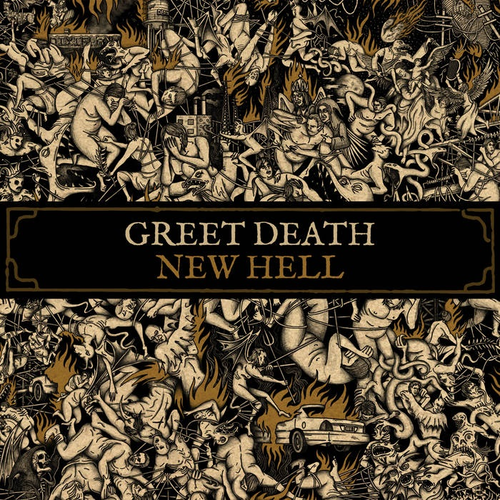 New Hell is one of the most fascinating and rewarding rock records of the year. Greet Death’s shoegazey slowcore resembles a number of pleasing touchstones - Red House Painters, Nothing, Hum, Pedro The Lion, Dinosaur Jr., Thunder Dreamer; a few of Sam Boyhtari’s vocal runs even remind me of Dan Bejar - yet in practice they are entirely their own thing, and that thing is extremely good. These nine songs are mostly mammoth waves of sonic sludge, thick with musical texture and brimming with an energy that belies the measured pace. At its best, as one the nine-minute epic “You’re Gonna Hate What You’ve Done,” their music feels like being crushed by an avalanche while simultaneously soaring across the skyline.

Clipping. There Existed an Addiction to Blood Sub Pop Records