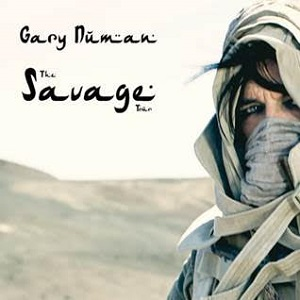 The 21st studio album from from the legendary musician Gary Numan.

Savage (Songs from a Broken World) is an album with a narrative that’s set in an apocalyptic, post-global warming Earth in the not-too-distant future. There is no technology left and most of the planet has turned to a desolate desert wasteland. Food is scarce, water even more so and human kindness and decency are just a dim and distant memory. Western and Eastern cultures have merged, more because of the need to simply survive than any feelings of greater tolerance or understanding. It’s a harsh, savage environment, as are the survivors who still roam across it.

The songs are about the things that people do in such a harsh and terrifying environment,” explains Numan.“It's about a desperate need to survive and they do awful things in order to do so, and some are haunted by what they've done. That desire to be forgiven, along with some discovered remnants of an old religious book, ultimately encourages religion to resurface, and it really goes downhill from there.

More Items From gary numanSee all 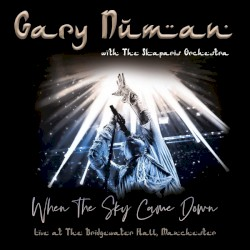 gary numan / The Skaparis Orchestra When the Sky Came Down (Live at The Bridgewater Hall, Manchester) [RSD20] BMG LP Pre-Order

gary numan / The Skaparis Orchestra When the Sky Came Down (Live at The Bridgewater Hall, Manchester) BMG Rights Management CD