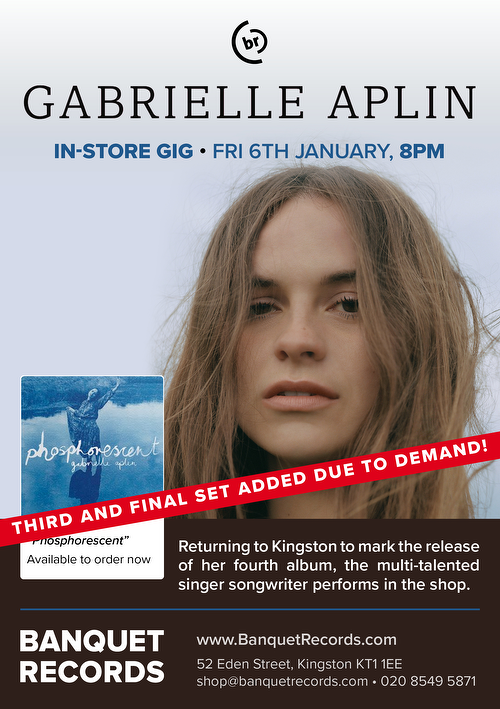 THIRD AND FINAL SET ADDED DUE TO HUGE DEMAND

To celebrate the release of her new album titled 'Phosphorescent', Gabrielle Aplin visits Kingston for an in-store set.

Her fourth studio album to date marks a fresh back-to-basics approach as she continues a career which has already seen her amass over a billion streams.

‘Phosphorescent’ is not a lockdown album, but it is the product of the solitude and strangeness that Gabrielle, like so many of us, experienced throughout that time. She says, “I was writing again for fun. I was purely expressing myself with no brief. No-one was telling me what to do, in fact I didn’t have to do anything. At the start there was no goal, but as the songs started emerging I could see that they were about things I’d never really processed until that time".

Priority will be given to anyone who orders a copy of 'Phosphorescent' from us. If there's space on the day for more people, we'll let you know!

More Items From Gabrielle AplinSee all 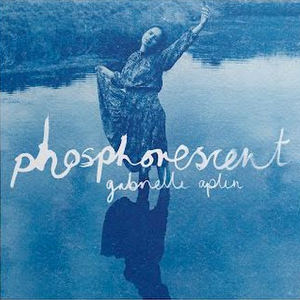 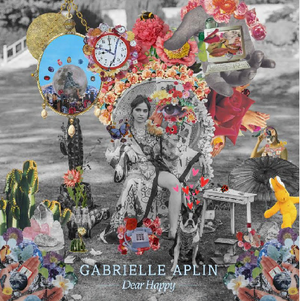 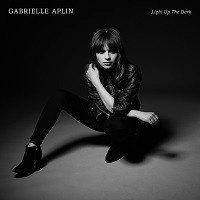