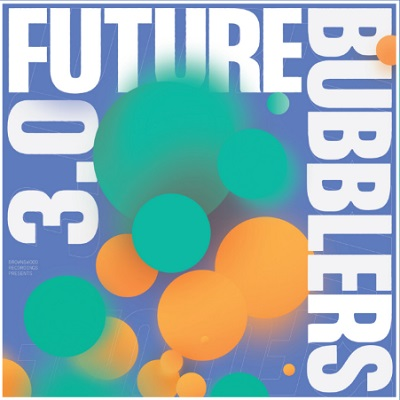 The third installment of the Future Bubblers compilation is set for release on October 11th. The programme, started by Brownswood founder and 6 Music broadcaster Gilles Peterson has garnered a reputation of being at the forefront of cutting- edge music, having previously released tunes by artists such as Yazmin Lacey & Skinny Pelembe.

Peterson says of the release “Another year deep into Future Bubblers... and another fascinating selection of exciting music from across the country. Keep on keepin’ on Year 3s”.

Serving as both a new music discovery platform and a mentoring scheme - Future Bubblers aims to support left-field music by offering advice and practical support to the acts hand-picked from the multitude of applications received. Future Bubblers 3.0 continues the tradition of wonky electronica, soulful rhythms and jazz infused bops.

From the Mancunian twang of Blind MIC to the free- flowing improvised hip-hop of Nutribe, the velvety vocals of Shunaji to the sultry r’n’b tinged Aaliyah Esprit - this new generation of creative and progressive musicians here showcase their individual skill - as well as the unifying and supportive ‘extended family’ ethos that comes from working as part of Future Bubblers.

Future Bubblers has been running since 2014, artists are chosen through an open application process each year. They’re paired with a mentor from the music industry who, along with the Future Bubblers team, develop these artists. This album is focused on the ten artists from Year 3.