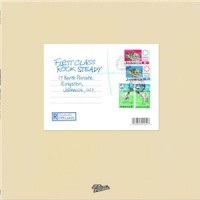 Double LP
£14.99
Add to cartBuy now
This item hasn't been updated for over a year. We believe the item to be available, but that might not necessarily be the case.

Epic collection of Rocksteady rareties and some real treats!

2016 is the 50th Anniversary of Rocksteady; the down tempo cousin to SKA that ruled Jamaican dancefloors from 1966 – 1968, when the national beat shifted to reggay (now spelled reggae). Although short lived, the riddims and vibe of Rocksteady have influenced pop and dance music in every decade that has followed. To celebrate, VP Records has sifted through collectors lists of the most sought after titles and collected them on this double vinyl LP.