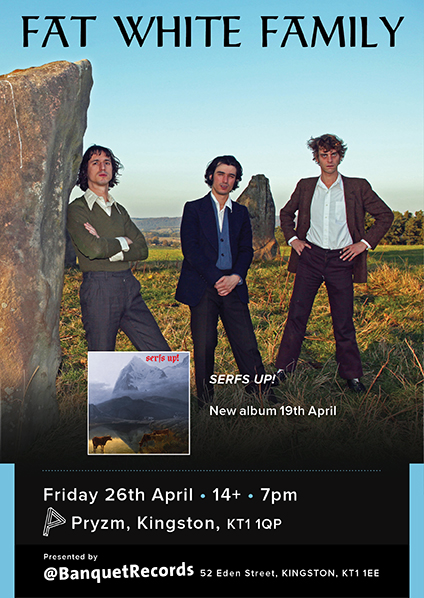 Celebrating the release of their new album, Fat White Family play at Pryzm. Acclaimed for their unique and lush concoction of indie-pschedila / post-punk, the South London band unveil their 3rd full length Serfs Up.

Serfs Up! is a lush and masterful work, lascivious and personal. Tropical, sympathetic and monumental. It invites the listener in rather than repel them through wilful abrasion. Fat White Family have broken previous default patterns of behaviour, and as such their third album heralds a new day dawning.

Gregorian chants, jackboot glam beats, string flourishes, sophisticated and lush cocktail exotica, electro funk and the twin spirits of Alan Vega and Afrika Bambaataa punctuate the record at various junctures, while the dramatic production of Feet is as immaculately-rendered as ‘Hounds of Love’-era Kate Bush. The dirt is still there of course, but scrape it away and you’ll find a purring engine, gleaming chrome.

TIMES TBC but we expect doors to be at 7:00pm with Fat White Family on at 8:00pm

Pryzm is all ages for this show - ticket holders under 14 years of age must be accompanied by a ticket-holding adult 18+.

Albums and tickets will be dispatched together; the album's release date is 19th April 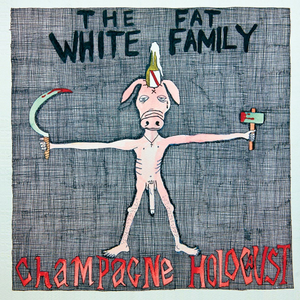 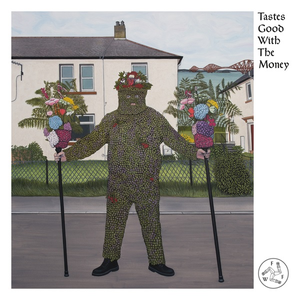 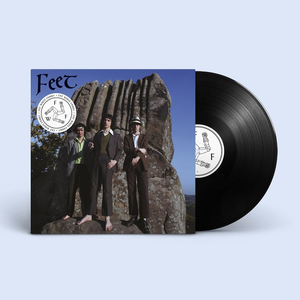