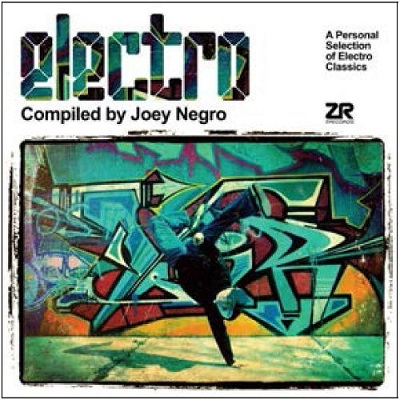 A compilation album from Joey Negro, featuring some of his favourite tunes from the early 80s as electro-funk became more and more of a dominant force on the music scene.

Joey Negro is back with a snapshot of the edgier, robotic sounds of the emerging early 80s Electro scene. From stone-cold classics such as Hashim’s ‘Al Naafiysh (The Soul)’, Tyrone Brunson’s ‘The Smurf’ and Key-Matic’s ‘Breakin' In Space’ to revered party anthem’s such as Aleem’s ‘Release Yourself (Dub)’, Two Sisters ‘High Noon (Part 2)’ and Dwayne Omarr’s ‘This Party's Jam Packed’ to electro oddities like Paul Hardcastle’s ‘Rain Forest’ and The Packman’s ‘I’m The Packman’ we get a genuine labour of love and a timely reminder of the raw drum machine sounds that were soon to define the beginning of the house and techno scenes we have today.