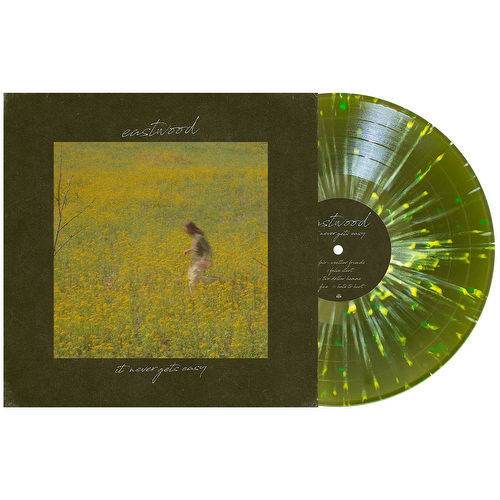 It Never Gets Easy

The debut full length album from Eastwood, the side project of Knocked Loose guitarist Cole Crutchfield, showcasing and exploring in his songwriting craft with indie-punk / emo vibes. Fans of Jimmy Eat World, Transit, Elder Brother and Turnover should check this out.

Most people know Cole Crutchfield as the guitarist of Knocked Loose, Kentucky’s premier hardcore punk/metalcore crossover outfit. Those who have dug a little deeper will also be aware he’s also the vocalist of death metallers Torture Tomb. Yet while he’s best known as the creator of seriously heavy riffs, there’s much more to him that. In fact, Eastwood – a band he started in 2016 – is a project that he hopes will shake off any pigeonhole people have placed him in because of those other bands.

“A lot of people think because I’m in a hardcore band and play death metal that I only listen to heavy music,” he says. “But I actually probably listen to indie music way more. So I think that people might be caught off-guard by this album, and I hope they are, because I want to smash that cliché that if you’re into death metal or hardcore you can’t play or listen to other kinds of music.”