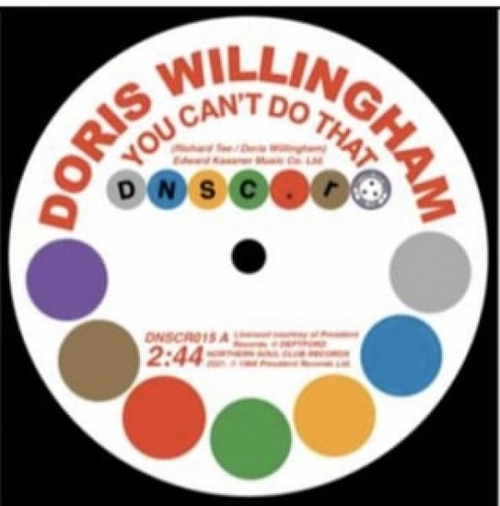 You Can't Do That / Can't Get You Out Of My Mind

Two classic cuts from the President catalogue. Doris Willingham ‘You Can’t Do That’ - A big Northern floorfiller from a renowned soul backing singer who cut her own material later as Doris Duke. Her only release under the Willingham name, originally out on the super cool UK Jay Boy imprint in 1968 (the label’s debut release - BOY1). Produced by Bernard Purdie (Funky Donkey label) who was at the controls for a number of super rare Northern sides. An early gem from the artist who ended up working with the legendary Swamp Dogg (Jerry Williams) charting with the ballad ‘To the Other Woman (I’m The Other Woman)’.

Pat Hervey With The Tiaras ‘I Can’t Get You Out Of My Mind’ - An anthemic, handclap-friendly gem that goes for anywhere between £50 to £100. Released on the UK President label from 1966. Blue-eyed Canadian soul backed by black Canadian harmony group The Tiaras (not to be confused with the LA harmony outfit). A slow burner that ramps up the horns and strings behind some funky guitar chops and Hervey’s euphoric vocal, her one-off stab at the soul charts guaranteeing obscurity and legendary status.