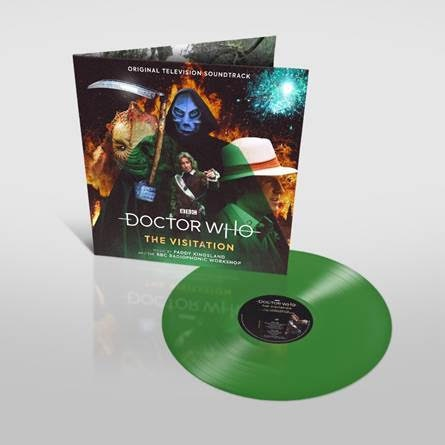 Doctor Who: The Visitation

First broadcast in February 1982, during Peter Davison’s tenure as The Doctor, The Visitation is set in 17th Century England at a time when an alien species called the Terileptils plot to make Earth their adopted home by spreading a deadly plague amongst humanity.

Radiophonic Workshop composer Paddy Kingsland was tasked with writing the music, with his colleague Dick Mills handling the electronic sound effects.  Kingsland scored many classic series for TV and radio including “The Hitchhiker’s Guide to the Galaxy”, “The Changes” and Michael Palin’s travel shows “Around the World in 80 Days” and “Pole to Pole”.  The BBC also released a dedicated album of his early signature tune work for the Radiophonic Workshop in 1973 entitled “The Fourth Dimension”.

Doctor Who: The Sun Makers Doctor Who Silva Screen

Lewis Capaldi Divinely Uninspired To A Hellish Extent
Doctor Who: The Visitation Doctor Who