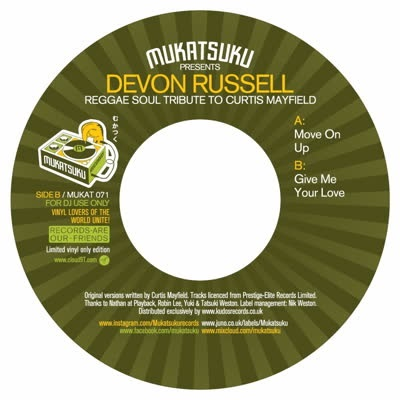 Devon Russell originally recorded his sublime version of the Curtis Mayfield club anthem back in 1984 ultilising his own falsetto vocals to a fantastic soul reggae rendition . Years later in 1993 he subsequently record a whole album of Curtis Mayfield versions for the Darker Than Blue album from which his lesser known version of 'Give Me Your Love' is taken from. Both tracks here are lovingly remastered for this special Mukatsuku dinked 45.