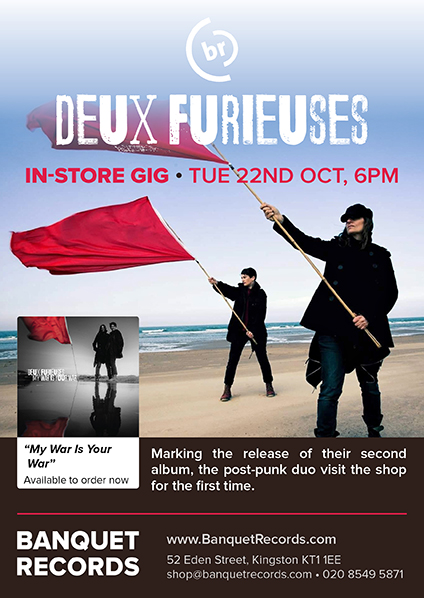 To celebrate the release of their second full length album titled My War Is Your War, the post-punkers Deux Furieuses play in the shop for the first time. Dark and blisteringly powerful post-punk influenced tunes, fans of Quicksand, Sunny Day Real Estate and Failure should check this out.

Raised on a fiery blend of Irish and Greek music, 80’s post-punk and 90’s alt rock, and bonding over a love of early PJ Harvey and Kate Bush, their music is a visceral and impassioned call to arms against the world’s inequalities and rising storms.

‘My War is Your War’ lyrically and musically expands on their 2016 debut album‘Tracks of Wire’. It takes the post-punk and Riot Grrrl influences of the predecessor and injects it with a darker rock sound, an angrier sonic energy representing the alarming rise of social injustices and right-wing power since the debut’s release.

Priority will be given to anyone who orders a copy of My War Is Your War from us.

Tickets are for collection from the shop on the day of the in-store, please bring your order number with you. Albums will be posted unless you select the 'Collect in Shop' option when checking out. 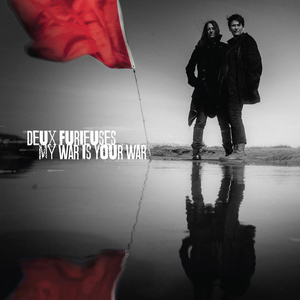