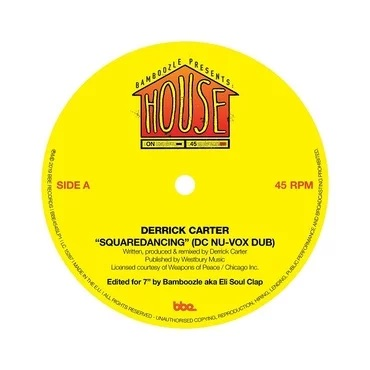 Better known to most of one half of Boston duo ‘Soul Clap’, Eli "Bamboozle" Goldstein presents the first 7” vinyl release in his brand new ‘House On 45’ series for BBE Music. Featuring the much sought-after ‘DC Nu-Vox Dub’ version of Derrick Carter’s Squaredancing on the A-Side and George Alexander & Big John Whitfield's cover version of Joe Smooth's 'Promised Land' on the flip, this record is simply a must-have for house music connoisseurs everywhere.

Says Eli: “I’ve been collecting 45s for about 10 years, but didn’t start playing them until our DJ Kicks tour with Wolf+Lamb in 2011. Obviously I’m never going to have the deepest funk, soul, or disco 45 crates (I’ll leave that to OG’s like Danny Krivit or Kenny Dope), so as I got more serious about collecting and playing 7” records, I realised that I could have my own angle by really focusing on collecting and playing House On 45."

In contrast to DJ Spinna and Kai Alcé’s ‘Foundations’ 7” series on BBE, which focusses on house classics previously unavailable on the format, the aim of Eli’s ‘House On 45’ is to shine a light on modern house tracks that have only ever been released on 45. Some of tracks are originals, some are covers and some are special mixes that have only been available on 7” vinyl, many in such limited quantity as to render them impossible to find for all but the lucky few.

Eli sums up: “45s are perfect for my DJ style. I get bored playing more than three minutes of a track and with 45s you always have to keep it moving, know your records, and be ready with the next one. You can cover so many styles in one record bag that you can throw over your shoulder. There’s also tons of music only available on 45, usually limited pressings, so when you find something special you feel like you’ve been let in on a secret." 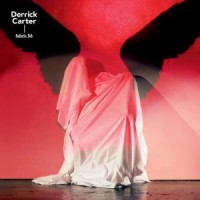