On June 21, 2019, legendary British rock ‘n’ roll icons and Rock & Roll Hall of Fame® inductees Def Leppard will release Def Leppard – Volume Two, a new limited edition box set on UMC. This is the second of four volumes of the complete recorded output of Def Leppard. Available as both a 10-LP 180gm vinyl box and a 7CD box, the collection features all the recordings from the band in the 1990’s with their original packaging. The albums were re-mastered by Ronan McHugh at Joe’s Garage and cut by Greg Moore. Housed in rigid boxes, Def Leppard – Volume Two also contains a 40-page hardbound book packed with rare photos by Ross Halfin and introductions written by the entire band. Def Leppard – Volume Two features 1992’s Adrenalize, which topped the charts in 23 countries, debuted at No. 1 on the Billboard 200 chart and #1 on the UK chart, and features songs such as “Let’s Get Rocked,” “Make Love Like A Man,” and “Have you ever Needed Someone So Bad,” 1993’s Top 10 release Retro Active, the bands first compilation featuring B-sides and previously unreleased recording sessions from 1984 to 1993, Def Leppard’s sixth studio album Slang, released in 1996 and the first full album to feature guitarist Vivian Campbell, and, making its vinyl debut, 1999’s Euphoria, which also went Top 10 on the US and UK charts and marked the bands return to their signature sound and features the hit “Promises.”

More Items From Def LeppardSee all 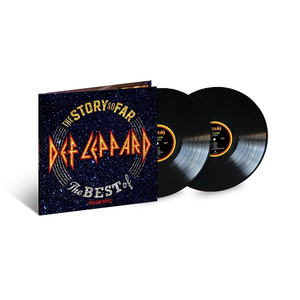