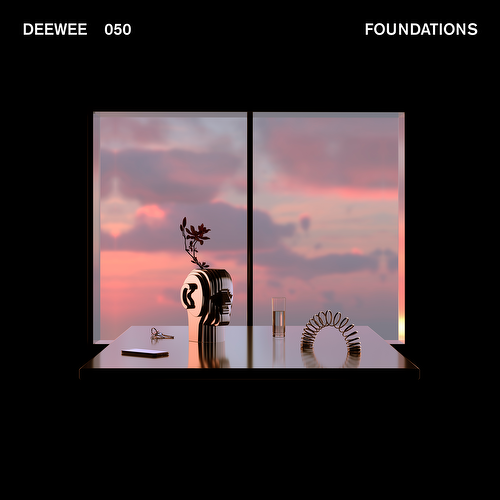 Most recently dispatched: 16 May

DEEWEE, the label from Grammy-nominated artists David &amp; Stephen Dewaele AKA Soulwax/2manydjs, today announce Foundations, their 50th release and first compilation album coming out on May 7th. 27 tracks including 3 brand new exclusive works* are beautifully presented across triple LP and 2CD physical editions, along with digital format. All are united by a breadth of imagination, a love of hands-on artistry, and of course by the sonic craftsmanship of the Dewaele brothers themselves.

Foundations is more than just a compilation of tracks from the DEEWEE label. It’s a beautiful object in its own right. As with all DEEWEE releases, Parisian art directors, Ill-Studio have created a gorgeous artefact that collectors will love. It’s also a wonderful audio experience, with new music complimenting and elevating the catalogue material, and the sequencing of the 27 tracks done with as much love as any artist album or DJ set. It’s an expression of the values of a musical family with the brothers at its heart and featuring their creative input throughout. Everything on the album has come through the DEEWEE Studios in Ghent, Belgium which was built to bring together their friends from around the world. In many ways, Foundations represents a new phase in the label’s existence, one that is aided by a new joint venture with UK and FR label Because Music.